Most cats are odd in some way. Tucker is odd in many ways. He loves his comfort, to be sure, but he also loves being inside tunnels. This is strange, because he doesn’t like actually being enclosed in blankets or similar swaddling. But when I am sweeping the sitting room floor, for instance, I will turn over the rug that’s there to sweep underneath it, thus making an improvised tunnel. Tucker, who distrusts brooms, will nevertheless remain on the rug so that I can fold part of it over him. He will then lie perdu, thinking that no one can see him.

Combine that with his laziness and you have a situation much like that from last night. It was time to retire for the day, and the boys were snoozing on the bed. Renn’s position need not have changed, but the roly poly was close to the pillows. He needed to move. I thought I would coax him from his comfy spot by turning down the bed over him. It just made him want to stay all the more.

I think my big boy’s look in the second photograph says it all. 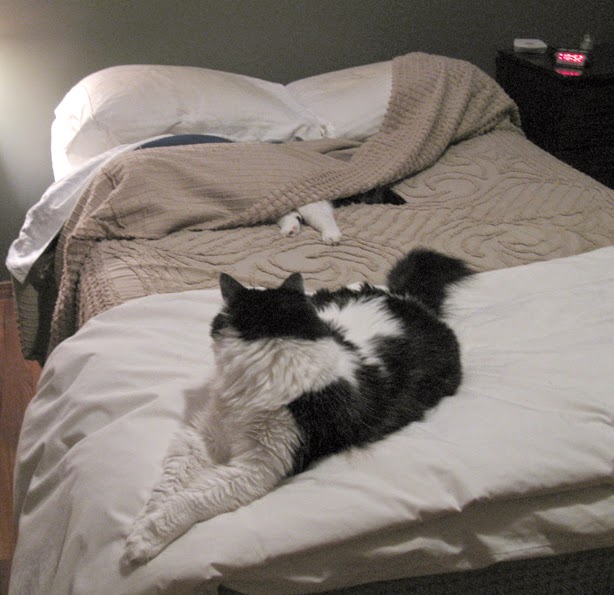 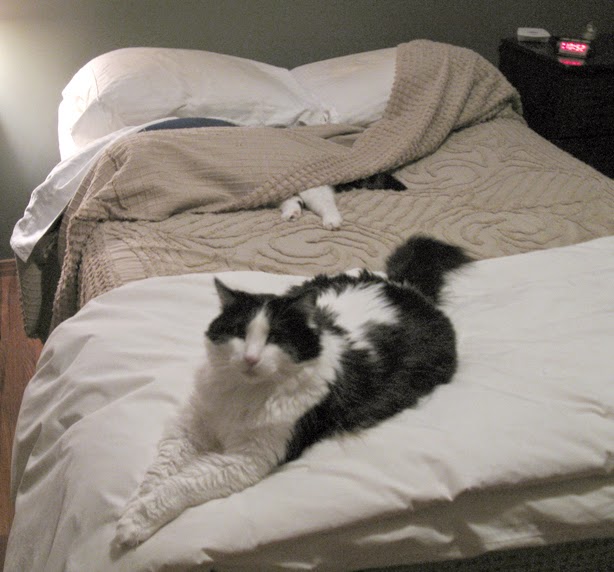