A Brighter Future, One Step at a Time

I am quite proud of Cammie. Last night represented the first time I was able to pick her up without her protesting in some way, usually with a violent hiss. I was sitting at the table after dinner, writing, and, as she often does, the Siamese princess came over, wanting to get on my lap. She will usually jump up and stay there for ten or fifteen minutes. At other times, she will not be in the best of moods, and will leap down again after just twenty or thirty seconds. I don’t think she is, at these moments, displeased with me. She will be dissatisfied with that evening’s dinner or perhaps one of the other cats. 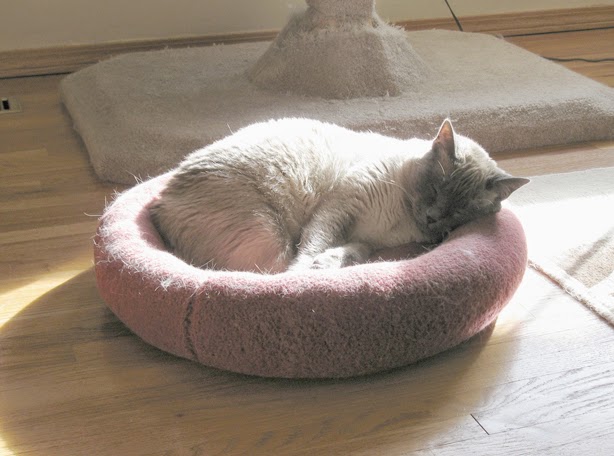 Once in a while, she will hesitate before jumping onto my lap. Last night was such an instance. So I simply reached down and picked her up. Cammie is not a violent cat. She is not aggressive. She puts on a good show - she puts on a spectacular show - but she will scratch only in extremis. I have been hurt worse and more frequently by my other beasts (though in every case it was either an accident or they had gotten carried away while playing.) But Cammie may have deep memories of being abused, and being seized unexpectedly may trigger them.

But perhaps those memories are receding. Perhaps she feels less reason to fear; certainly, she allows me to pet and stroke her more than ever these days. Perhaps it’s because I put her on my lap sooner than she could react. One second she was on the floor, the next, on my legs, where she almost immediately started purring. Maybe this being picked up isn’t such a bad thing, she thought. Maybe I’ll get him next time, she thought.

In any case, this is progress. She becomes more and more accustomed to being touched and handled. It’s slow work, but with each step, Cammie's future becomes brighter. 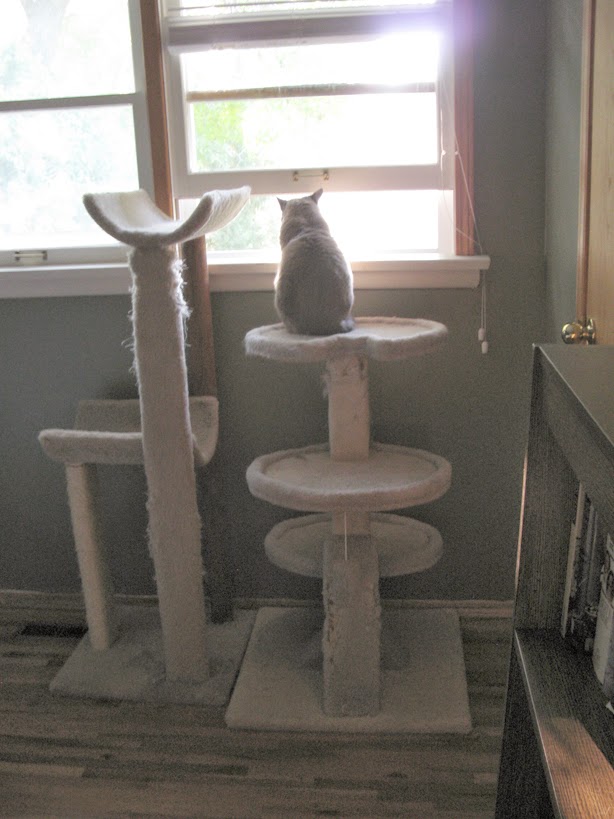