A sure sign of the coming cold weather is emplacement of storm windows at my house. The screens that have allowed the windows to be opened, and the cats kept inside, have been on since spring. They could stay on longer; after all, Friday’s temperature is predicted to be 18° Celsius (64.4° Fahrenheit). But the days are, for the most part, seasonal, and the nights are chilly. There will be few days when the windows would be open, even if the screens were still on. This day was very windy, blowing at about 80 kph (50 mph) with gusts up to 100 kph. 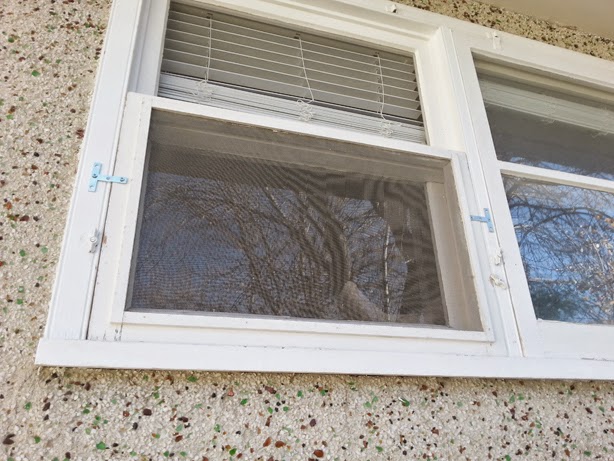 Because the screens are simply fitted into the lower half of the windows, I take the precaution of securing them to the frames. This keeps the cats from falling out if they push against the screens. None has done that, but it’s better to be safe than sorry. 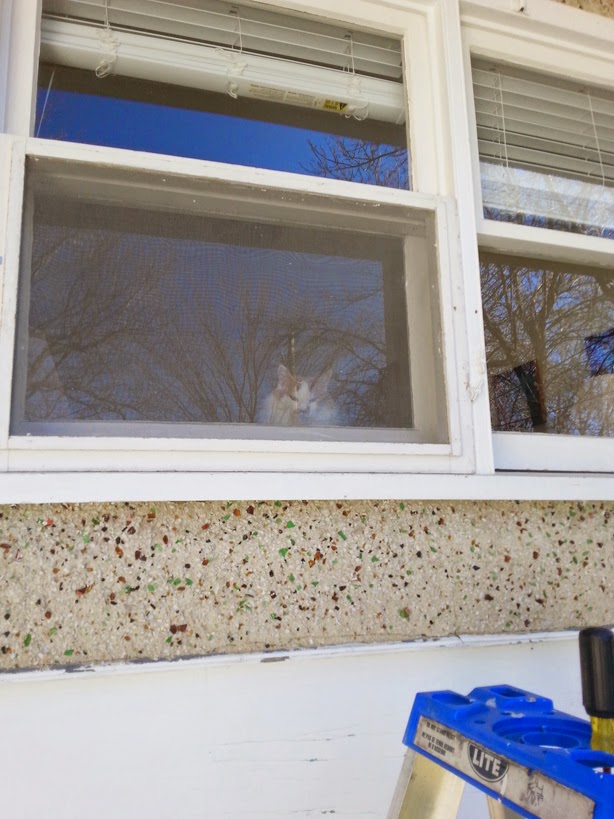 I would be outside for a while (I estimated half an hour), so I locked Kola in the parlour, so that Tucker could not get at him, if the roly poly one tried. Initially, the Floof-King was intrigued by what I was doing. He watched intently the removal of the screens, and their replacement with the storm windows. 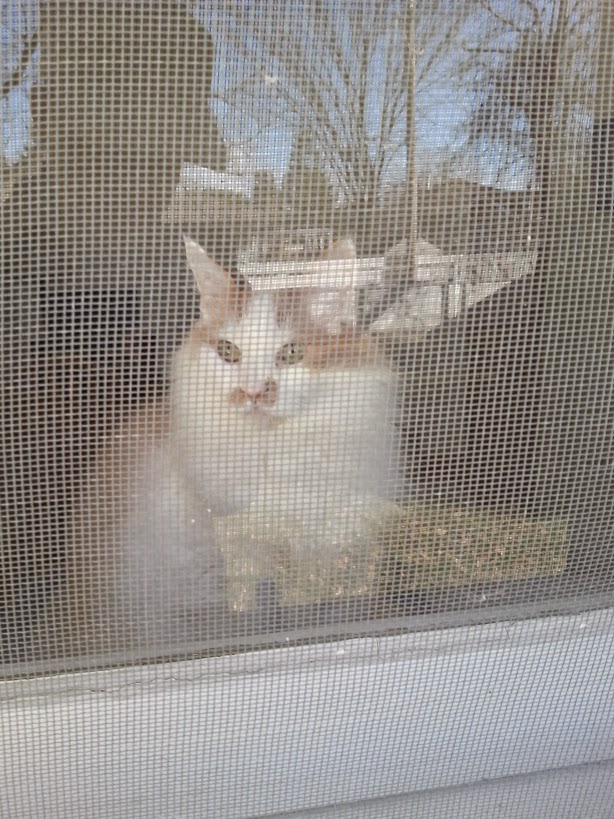 Then he lost interest. He retired to the ottoman for some rest. All that paying attention - well, for a few minutes, at least - had worn him out. I suppose snoopervising a human’s activity isn’t as entertaining when you can’t actually interfere in it. 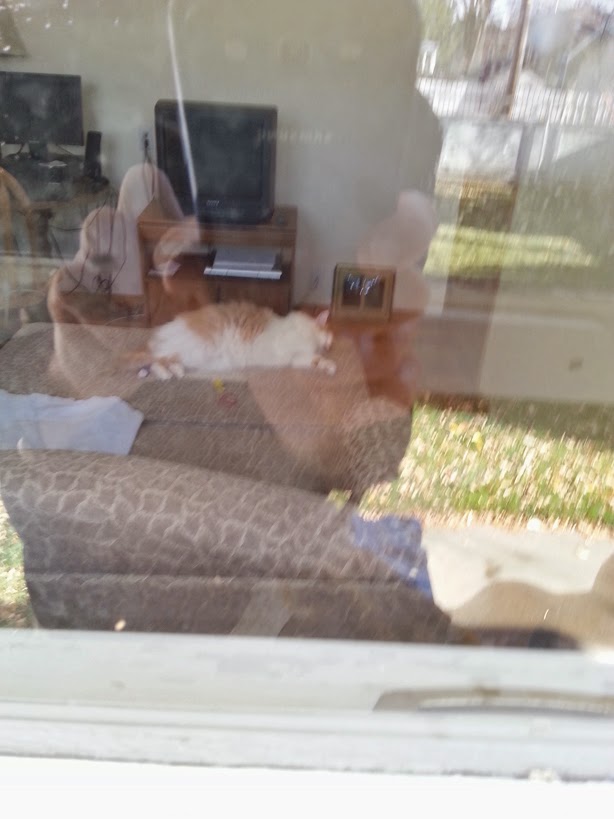 When I was finished, I entered the house again, glad to be out of the wind. The wind banging against the sides of buildings can make them colder than the real temperature would suggest, and every cat was snoozing in a comfortable spot. This is the scene which greeted me when I took off my jacket. 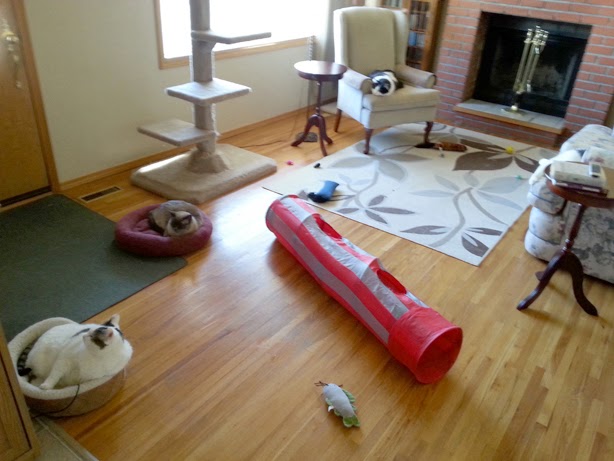 I wasn’t even thanked for making the house more snug...
Posted by John Bellen at 11:31 AM