I’m sure I’ve written before that I find the personalities of my cats very interesting. I see examples of their individuality every day, of course, but I experienced one a little while ago that shows a fundamental difference between two of them.

Cammie and Kola, my two foster-cats, are starting to remind me of The Odd Couple. The fact that they both enjoy being in the parlour forces them to take each other into account, and I can see a lessening of Cammie’s unease at Kola’s proximity, and vice versa. (This does not mean that the Siamese princess doesn’t chase the other at high volume when she’s had enough for the time being). And, at least in a single instance, one is tidy and the other messy - or at least not as tidy as she should be. 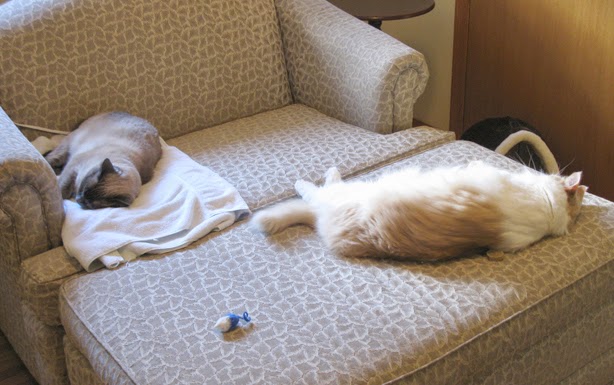 Every morning before I go to work, I lock Kola in the parlour, to prevent him from being terrorized by Tucker. In addition to food, water, toys and the Track-ball, the floofy one is of course given a litter-box. I place that in the room just before I leave, to prevent the other cats from nipping in and using it. I wasn’t fast enough to stop Cammie the other day, and she left a little clump in the litter. She did not cover it, because she cares nothing for anyone’s opinion of her, good or bad. 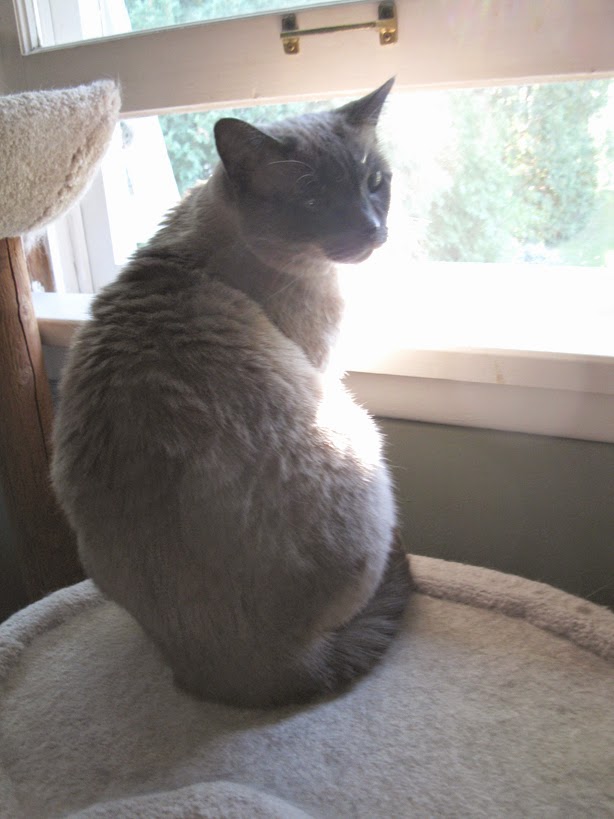 I closed the door on Kola and went to get the scoop. When I returned a minute later, the clump had been covered with litter. No other deposit had been made, and Kola was lying where I had left him. He had quickly jumped down from the couch and finished Cammie’s job for her.

Thus are personalities revealed in just a few seconds. 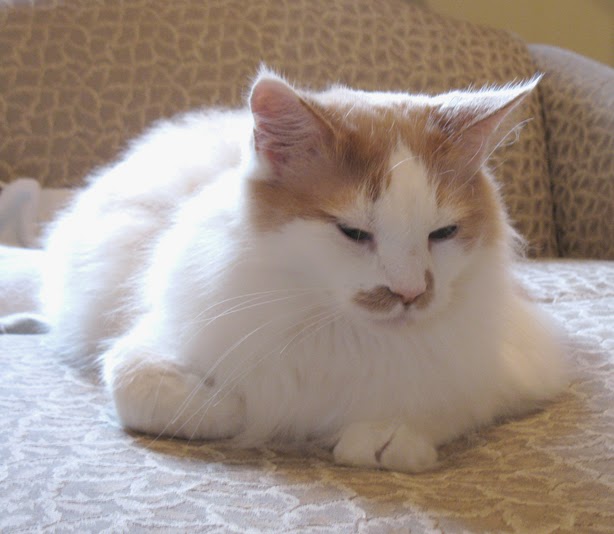