The Cat Who Stares at Christmas Trees

Along with being a prodigious smeller, Renn is also a superb starer. He can sit and stare at something for a great many minutes. At least, I assume that he’s staring at something. I never actually comprehend at what he is staring, so he may in fact go into a kind of ‘catatonic trance...

I believe, however, that such concentration is always part of his on-going studies of the world around him. His attempts to understand his environment involve watching it, and then interpreting what he sees. Or having a good lie-down. The latter may be a form of meditation, by which he reasons through what he has observed. 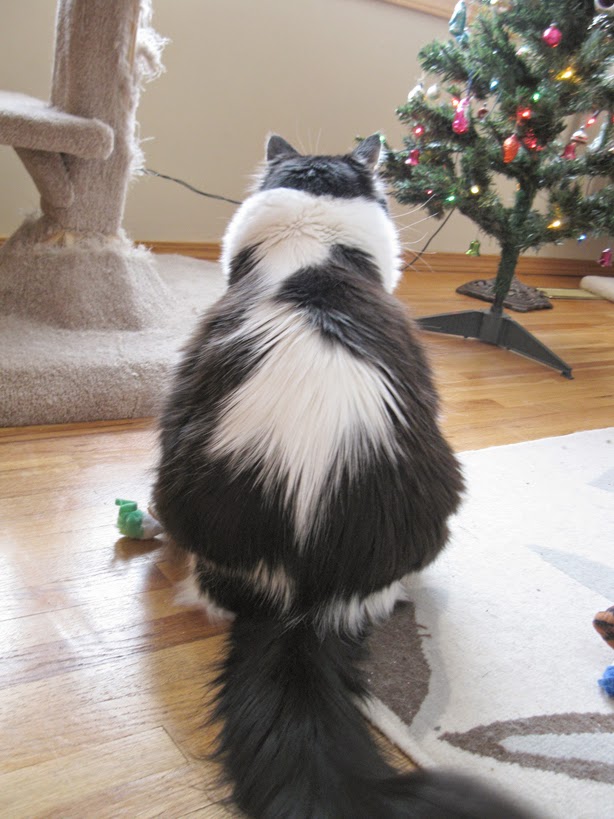 This time, I caught my big boy staring at the Christmas tree. It was not a direct stare, but rather off to the side. Nonetheless, he may have been contemplating the socio-religious significance of the holiday as symbolised by the tree. More probably, he was wondering why his human once again put up a wooden and plastic ornament which had neither taste (so he was informed by Cammie) nor smell. Either way, his thoughts on the matter would prove interesting, were I able to read them.

One day, after we have both passed on, he may feel free to tell me what he was thinking about, what he found so absorbing about this moment, and what he saw then. For my part, I will then understand all there is to know about cats. And why they stare. 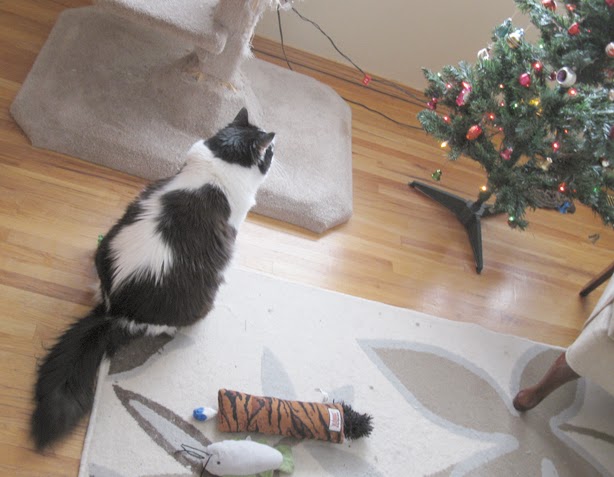