I think Tungsten may be losing her hearing. It’s certainly not gone; she can hear things, but not as well as she should, or did.

I draw this conclusion because now she is frequently startled by my approach when she is not looking at it. Coming up behind her, or in a blind spot, will cause her to jump when she sees me, as if I were appearing from nowhere beside her. 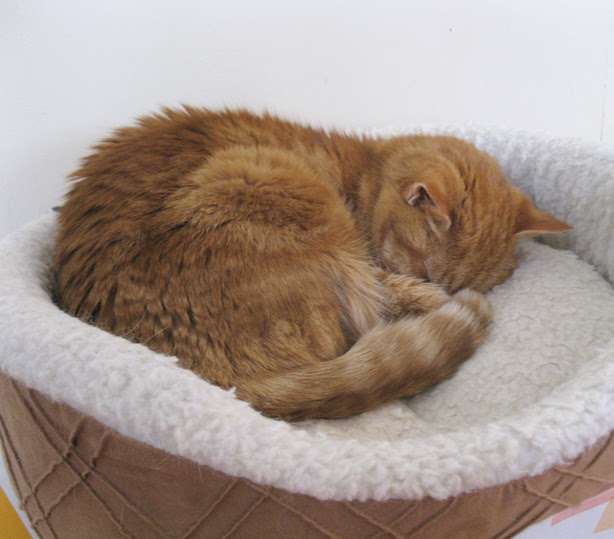 I have tried clapping and making noises while Tungsten is turned away and found that she usually pays them no attention unless I am near to her. I must now remember to let her see me coming.

This may be my imagination, but my orange one is getting old, so one must expect certain debilities to materialise. But she is only fourteen (estimated) and has many years ahead of her. She spends much of her time sleeping and is not interested in much that the world has to offer, but then, she has always been like that. Tungsten still surprises me from time to time: this weekend she ran up from the litter-boxes in the basement and shot across the ground floor, causing the other cats to wonder what that orange blur had been. She was just having a little fun. 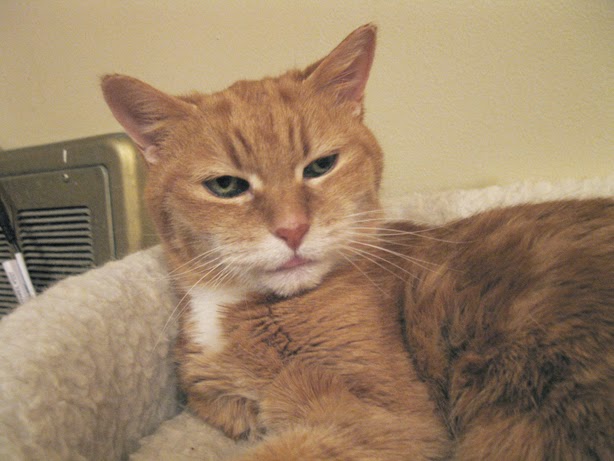 She’s not out of the game yet, and won’t be for a long while. This is just a reminder that sometimes the game grows a little quieter for some in its later stages. 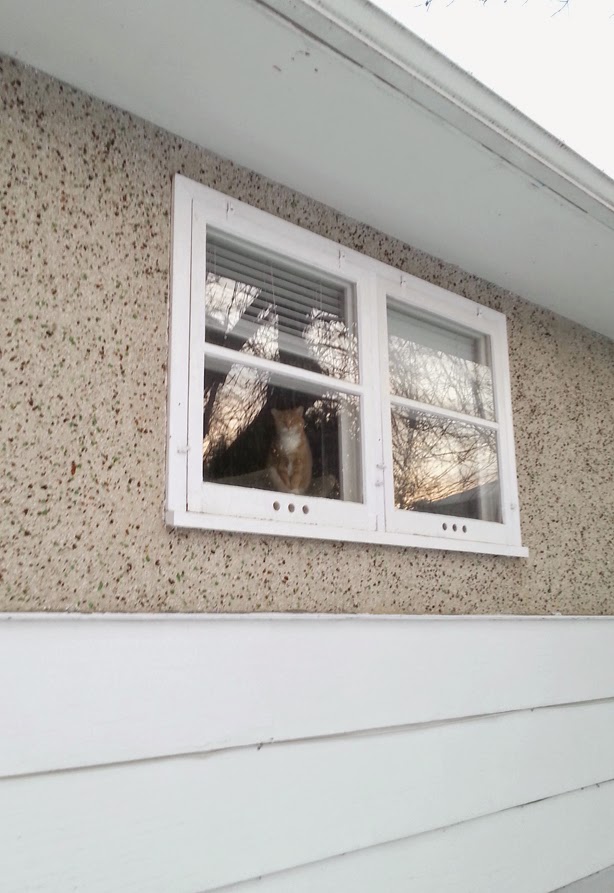