A New Home for Kola

Amid the problems that Tungsten is facing, there is good news, though even this is bittersweet for me. Kola will be going on a trial-adoption this week. The signs look good, however, that he will be staying in a new and permanent home.

His prospective adopters are from High River, a town about an hour and a half away from where we reside. Since Cammie’s mercifully short adoption by someone in Regina, I’ve been very wary of long-distance adoptions. However, this is not like sending Kola to Seattle (there was an inquiry for him from there once). It’s no trouble at all for him to come back from High River if things don’t work out. 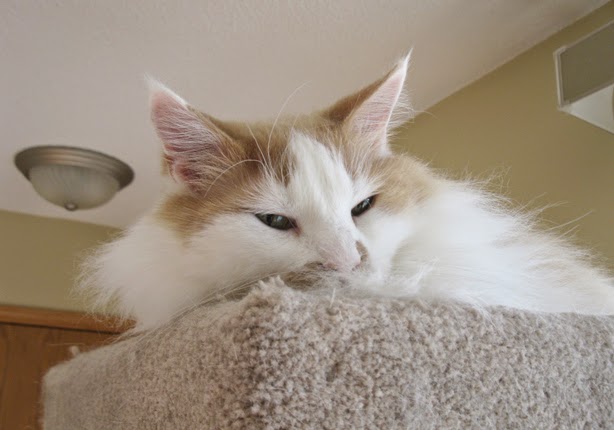 But the people who are going to be coming to take him home on Wednesday seem very nice indeed. I haven’t yet met them but have talked to one of them. They are a mature couple, the husband of whom is fully retired and home all the time, so Kola will have company all day. They are experienced cat-fanciers whose last cat passed away at eighteen. They are friends with another person whose adoption from the rescue-society I work with (the PAW Society of Lethbridge) was and is successful. These are all positive signs.

I spoke with the wife of the couple on the telephone. There was none of the ‘yeah, whatever; give me the cat’ attitude that came from the woman who briefly took Cammie home. Kola’s prospective adopter asked pertinent questions and listened to the replies. Significantly, the questions she asked were phrased in a manner that suggested she was looking for ways to make Kola comfortable and happy - does he need this, should he have that - not in a way that conveyed worry that there may be inconvenience or bother. She inquired about whether he liked cat-trees, even though he is declawed, and if there were indications of arthritis, an ailment that sometimes goes with declawing. She wanted to know what food Kola ate and whether he would like to sleep on the bed. This was all good for me to hear. 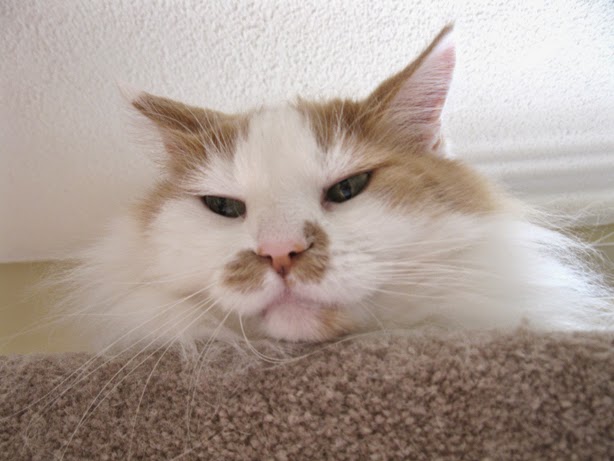 I will miss the Floof King. Like all my foster-cats, I was reluctant to take him on and will be even more reluctant to let him go. But each day here, he must be locked away in the parlour when I go to work, because I can’t risk Tucker fighting with him, which still threatens to occur. Each night is the same. Kola is wary of all the other cats, though he does interact with them. He is expanding the area in which he lives in my house, but the process has been slow.

Now, he will have a whole house in which to have fun. He will be the only cat, though there is a little dog. I foresee less trouble between the two of them than I have witnessed between Kola and the other cats in my household. He has lived with a dog previously, and I think a compromise will be quickly reached between the animals. Kola adapts quickly. He loves attention and will receive plenty of it.

I will report more when his new people come to collect him and, later still, when I talk to them in a few weeks. While Tungsten struggles to keep the life she has, Kola is given a new one. That is how the universe works. 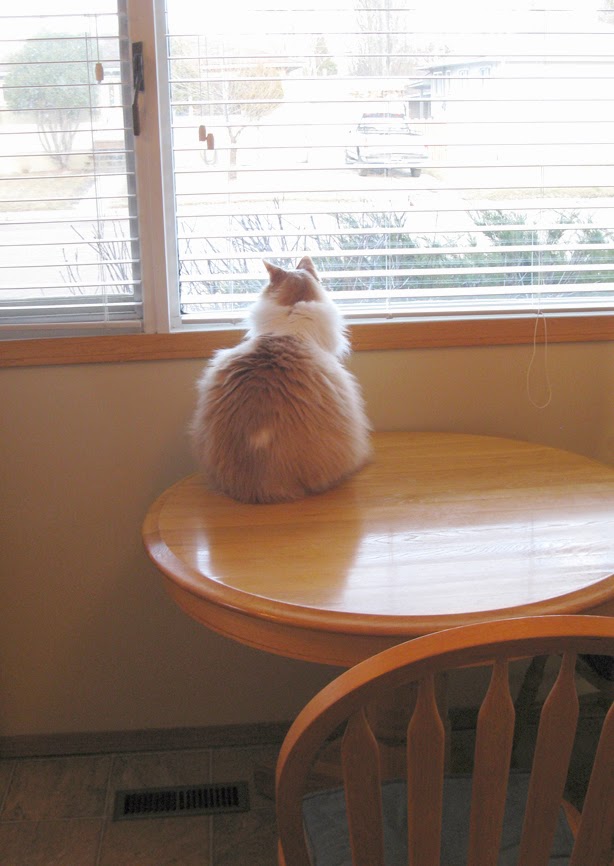