This weekend saw the beginning of a new routine in my house. Tucker is now receiving insulin injections twice a day, twelve hours apart. If I worked from home (a dream of mine) or were wealthy enough not to have to work (a better dream of mine), I would give him his doses at nine o’clock in the morning and nine at night, or some similarly reasonable time. But I must wake every weekday at 5.30 a.m. to go to work. This means that Tucker receives his medicine at about six. He of course is given his second of the day after dinner. 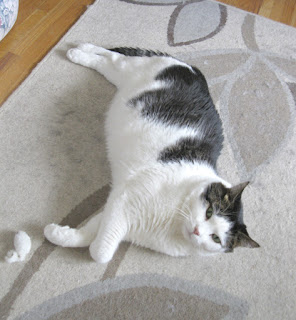 In order to keep the time at twelve hour intervals, not just within each day but between days, I now wake at 5.30 each morning that I am off work, as well as on. This is regrettable. However, I have found that it is not as bad as I first anticipated. I wake, and feed the cats, as I would if I were going to work later. Renn rarely eats breakfast, but the others usually enjoy at least some of what’s on the menu. 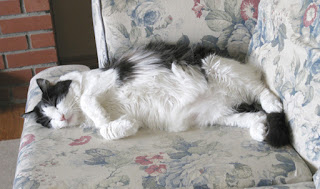 The important thing is that Tucker has a good appetite at that time of day, for his insulin must be given during or soon after he eats. I don’t want to disturb his actual consumption, so I wait until he has had his fill, then I give him his injection. So far, he is taking them very well - except for once. I have been injecting him in the side of the abdomen, on his left side. On Sunday, I decided to try his right, to give his usual target area a break. He disliked the change. He normally purrs while I am injecting him, believe it or not; I talk to him and pet him and he is satisfied with the situation. This time, with a change of side, he was not only silent, but he growled. Finding this strange, I gently eased him over to the other side, and he gave no dissent. The left side is good for injections, the right is not. 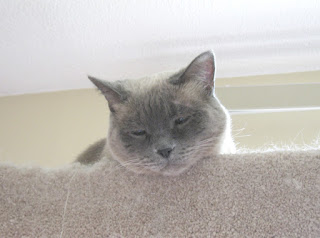 After the injection, I put away the food and go back to bed. The process on days off takes about twenty to thirty minutes. Fortunately, I can fall asleep again quite easily, and have done so thus far. I sleep for another two hours or so. I feared that the beasts would want a second breakfast when I woke a second time, but this hasn’t been the case. 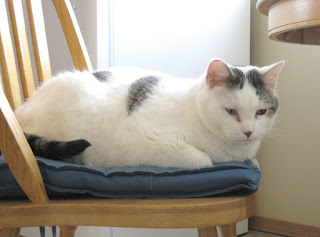 The loser in this new arrangement is my foster-cat, Noah. Because he can cry for some time after he is put away for the night (his bullying by Tucker, though sporadic, continues, and he and Cammie are still having issues), he stays downstairs in the shower-room. To his credit, he falls silent soon after. But he begins crying to be let out as soon as he hears me stir each morning. To feed him then on a holiday would make him think, falsely, that he will be released, when in fact he must stay incarcerated until I wake finally a few hours later. So, unfortunately, he is ignored until 8.30 or so. Then he gets his breakfast - which he often neglects because he’s too excited to be out and about and starting the day. 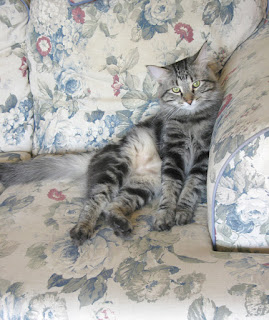 This being my first day at work (after the Labour Day long weekend) following this new arrangement, I have to write that it’s actually tougher today than it was on preceding days. Getting up at 5.30, knowing I will go back to my warm bed, sleep a while more, then get up and not go to work, was much better than getting up at 5.30, not going back to bed and instead spending the day working. Who would have guessed?
Posted by John Bellen at 7:35 AM