Getting to Know Our New Customer

Firstly, I want to thank everyone for their support of Parker and me during his illness. I know most who read this blog have previously experienced the loss of a pet, as I have. It’s never easy, but Parker is a popular fellow. We always meet admirers of his when we take our walks, and he of course has his friends on the internet.

But in addition to the bad, there is good in the cosy apartment, or, in this instance, just outside. I have been becoming better acquainted with Hugo, my new outsider-cat pal. He has let me come quite close, and, Wednesday evening, allowed me to pet him. At first, he brushed against me and veered away, but then presented his head for a rub. He even purred. 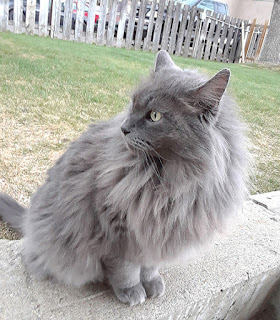 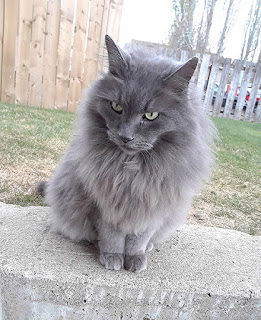 I think he would very easily take to the indoor life, though, in fact, I don’t know that he isn’t partially an indoor feline already. My next task is to watch or perhaps follow him when he leaves my location, to determine if he has a home. Following him, of course, is tricky, as it might cause him to deviate from his routine or plan. From the look of him, he is likely neutered if male, though he may be female. His coat is coarse but not matted, as may be seen in the photographs. It is a little dirty, but no more than a long-haired cat would become if he rolled in the dirt once while outside. I have not touched him enough to know well if he is thin under that thick coat of his. 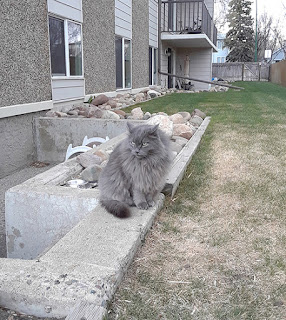 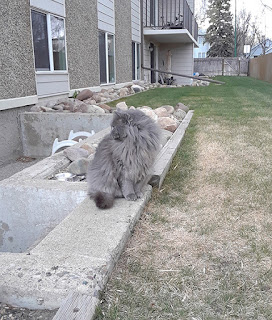 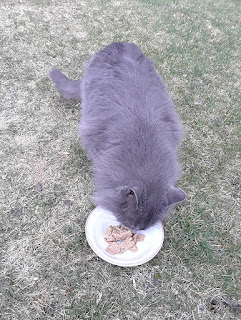 Hugo’s shyness suggests that he is homeless, while his readiness to permit me to touch him shows that he knew (or knows) affectionate human contact. Trying to follow him to his home (whether that is with a human family, or simply a rude shelter of his own choosing) may take a while, so I thought I would advertise him on Facebook or some such venue and see if anyone knows him, being careful not to divulge too much and even more careful of replies. 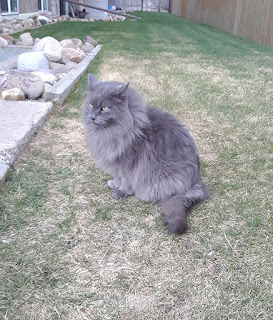 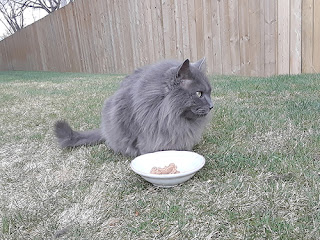 I believe Hugo is lost or, more probably, abandoned. Fortunately, whether he has another source of food or not, he won’t starve, so long as he continues to patronise Café Cosy. And doesn’t mind being stared at by the staff. 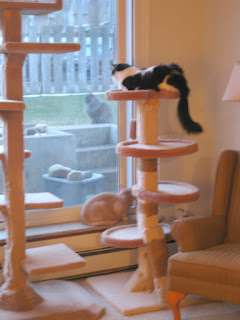