Cats in the Land of Nod

Cats love sleeping - as I do - and my lot are no different. But each has his own way of enjoying their self-induced unconsciousness. I like seeing them relax, get comfortable and take advantage of the peace that they find in our household. Well, it’s peaceful most of the time. In the first picture, you see Cammie in the depths of Bear-Bear’s old bed. The BB would not be offended by the Siamese princess taking over his furniture, but he might give a ‘raa’ of surprise. Cammie sleeps in the traditional curled fashion. 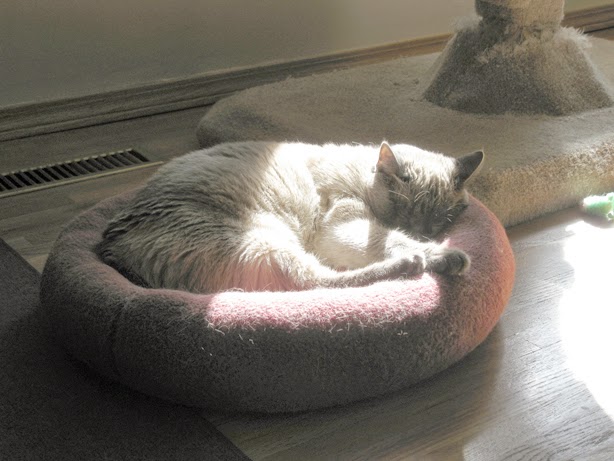 Josie, however, is too fat to curl. She can bend at extraordinary angles, it’s true, so that she will sometimes, especially when in a cat-bed, resemble an extremely stout croquet hoop. But when on my bed, my Chubs likes the full-length method. 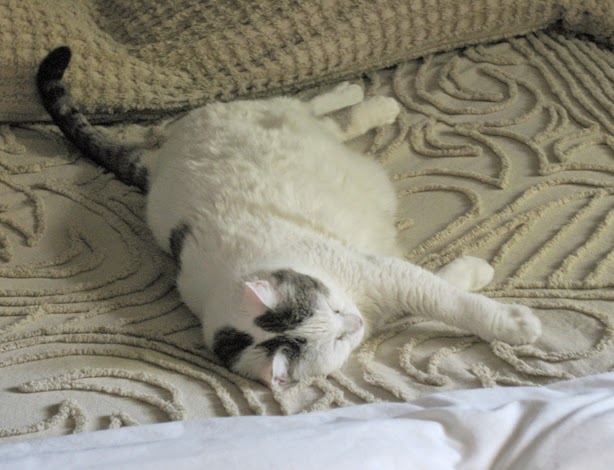 So too does Kola. Under all that floof, he is actually a relatively lean animal, with a tiny head and a delicate body. He favours the towels I’ve put on the parlour couch. They tend to flatten quickly under even a light-weight cat, but they do have the advantage of a heating pad, of which my foster-cat seems to approve. 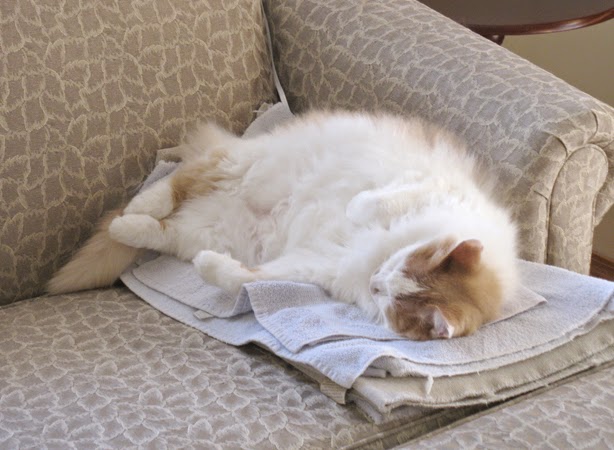 Tungsten, being a tiny creature, is often the cutest sleeper. Here she is fitting very well into one of the cat-beds, raised up on a box and provided with a heating pad under the cushion. As thin as she is, she doesn’t need the heating pad just yet, really, as the weather is still very balmy. But that doesn’t seem to trouble her. 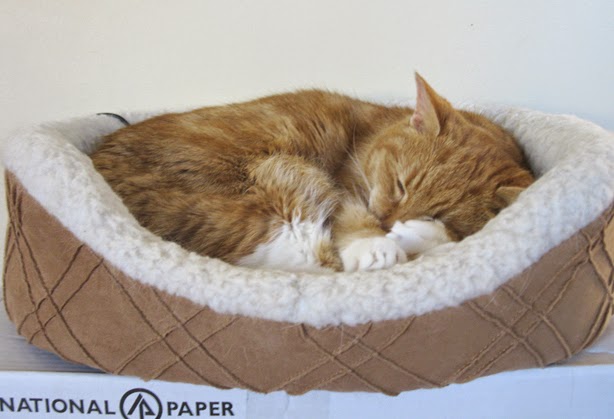 Now, we enter into the realm of the strange. You may have seen my pictures of Renn’s idea of relaxation. Bent and twisted, he resembles a cat who has fallen from the balcony of a cinema onto the seats below. My big boy does have a different view of the world, though, so why shouldn’t he take a similarly distinct policy toward sleeping postures? 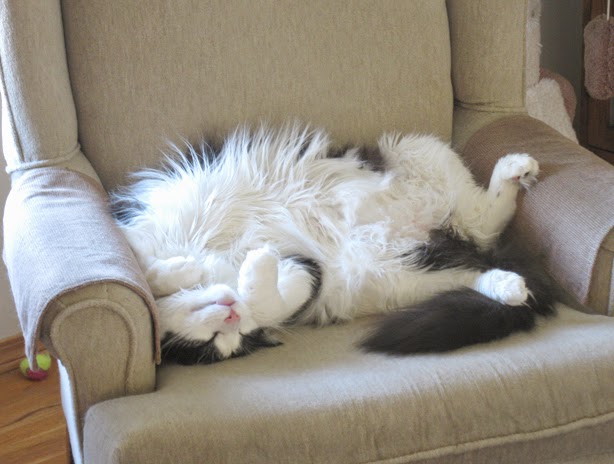 And then there’s Tucker.

Passed out on a hardwood floor, at an usual angle by which his feline joints must feel pressure and his not insubstantial tummy droops oddly, he nonetheless feels very much at ease. He will snooze in this situation for some time, the world slowly dissolving into nothingness around him. As bizarre as it looks to us, it is the way cats sleep in Heaven, if you judge by Tucker. I suppose I may look to my cats rather unusual trying to sleep in my bed each night. But then again, I must adopt whatever shape I can, in order to rest around, between and under a houseful of cats.
Posted by John Bellen at 11:58 AM