Turning the Tables on Cammie

Cammie likes to play. Sometimes, she plays with fuzzy mice, or a fuzzy ball. She will twist and spin and chew, and from what I can see, have a delightful time. Then, she will play with a string-toy, though I have to be on the other end of that. She will pounce and jump and roll, trying to get that long caterpillar-like object on her end. And she likes to play with the other cats.

Unfortunately, this isn’t the type of play in which Josie and Tucker indulge, pursuing each other about the sitting room to their mutual satisfaction. No, Cammie enjoys stalking the other cats, waiting for them behind corners, confounding their movements and, when they try to get past her at a run, chasing them. 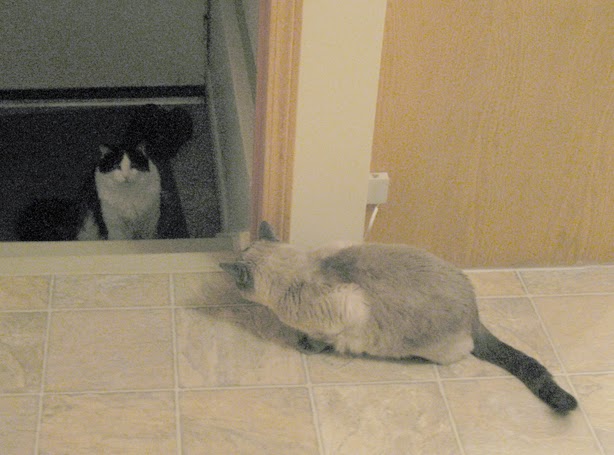 There is no real aggression to these activities. The Siamese princess is merely having fun. It’s not fun that the other cats like, but it's what he likes. Even when another feline warns her off, as Tungsten does, she takes the warning in relatively good humour, and creeps off, disappointed but not angry.

So it is with some ill-concealed amusement that I see my newest foster-cat, Kola, turning the tables on Cammie. Kola has not, so far, been afraid or even put out by Cammie’s obvious annoyance at the new boy’s stalking. He has held his ground, as if in ignorance as to what may be causing the princess’s irritation. 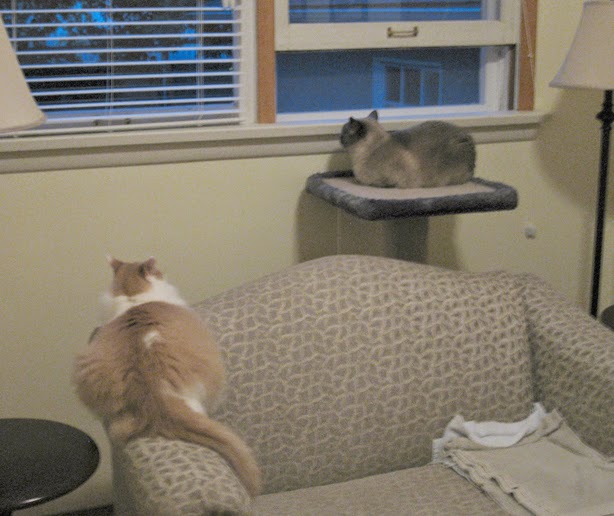 The other day provided a good illustration. I was emptying some items into the rubbish bin - which is why it is in the middle of the kitchen floor in the photographs below; that is not its usual spot. I then saw this drama develop, and so stopped to enjoy Cammie’s discomfiture.

Cammie will periodically slip into the cupboards under the kitchen sink. She does this when frightened (eg. of thunder) but also just when she has a mind to. She will go in by the door on the right and come out by the door on the left. This time, Kola was patiently waiting for her. Growling did the princess no good. Kola ignored the sounds. Eventually, Cammie felt that she should simply try leaving. She did so carefully, as if expecting an attack. Kola, however, doesn’t do such things; he’s declawed and knows his disadvantages. Besides, he’s not the violent sort. 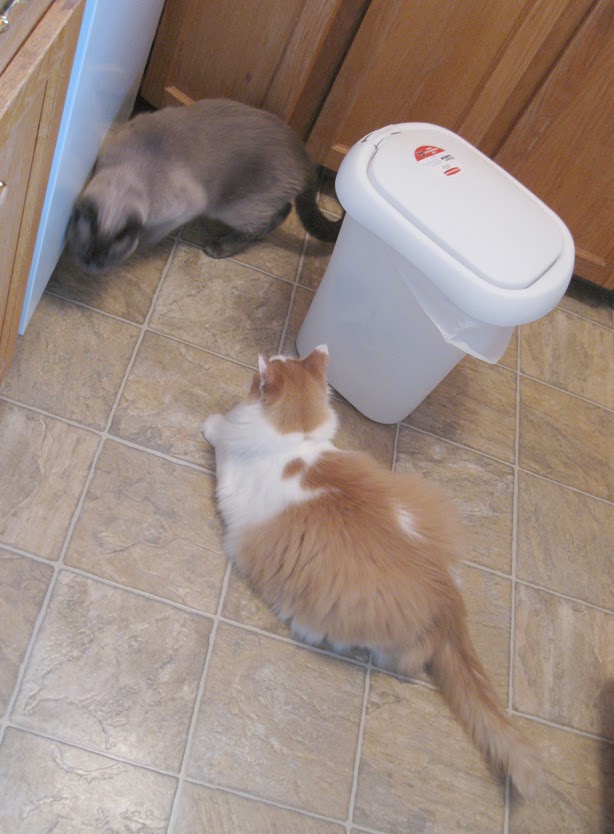 Once out of Kola’s vicinity, Cammie trotted away, expressing her displeasure by continual hissing. Doubtless, the others watching experienced a certain amount of Schadenfreude - though just as undoubtedly keeping straight faces. 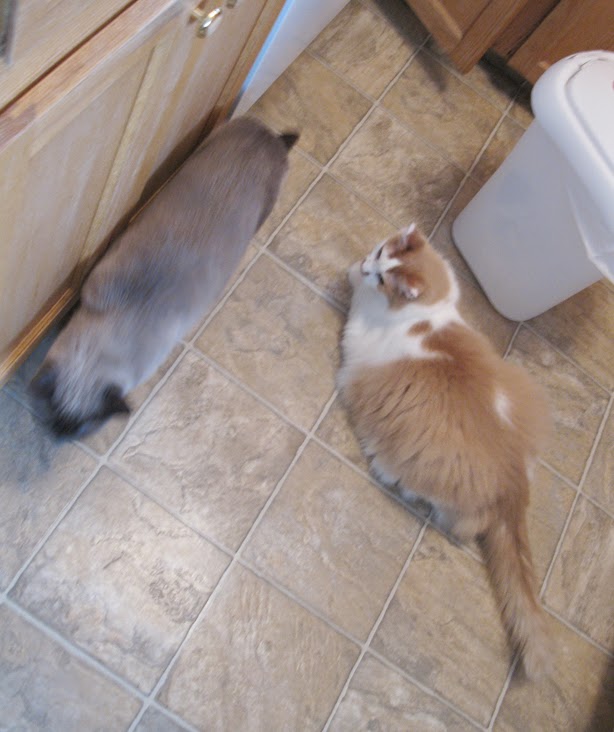 Cammie means no harm, no more than Kola does. Her behaviour may be a mild attempt at establishing paramountcy over the others - though shadowing Tungsten, as she does, doesn’t seem to be a part of any power-play. For the most part, she just likes to be left alone. Annoying her roommates is just that, a little fun for herself at others’ expense. And who among us hasn’t had a bit of mischief in the same vein, now and then? 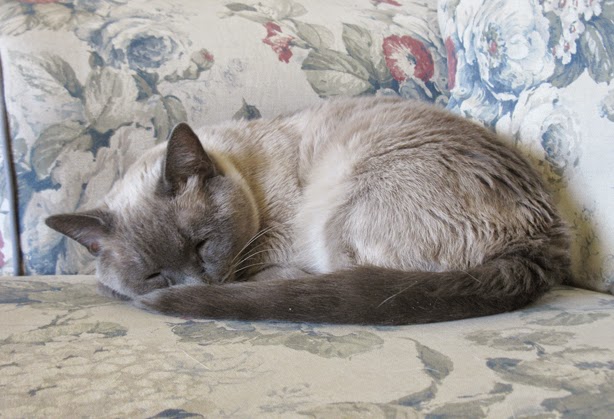