Each day, when I leave for work, and each night, before I go to bed, I place a small bowl in the basin of my bathroom, and fill it with water. This is so that Tungsten will be able to drink from her favourite spot, even if I am not there. She has almost never drunk from the other water-bowls scattered about the house. She almost never drinks from the bowl in the bathroom basin - when I am home. She always gets me to turn on the tap for her, sometimes waiting a long time for me to do it, often calling me to come in and turn it on for her. 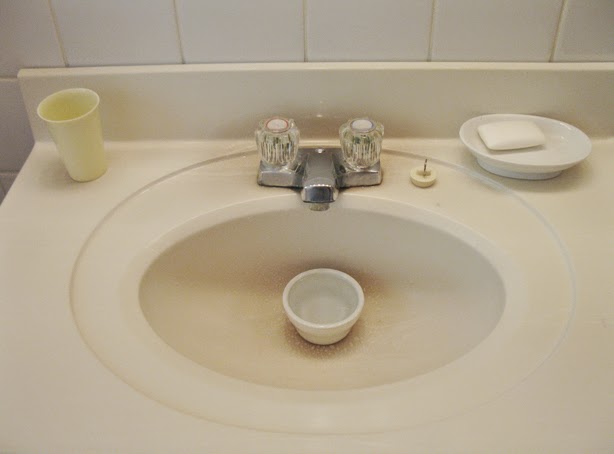 But I leave the bowl because I know that, if thirsty, it is to the basin that she will go. I have come home more than once to find the level of the water in the little vessel reduced. Someone has been drinking from it; evaporation could not account for so much loss. Kola, who also resorts to the tap in the bathroom, is locked up in the parlour while I’m absent, to spare him Tucker’s depredations. The other cats drink from more conventionally placed receptacles. So Tungsten must be drinking from the bowl.

Until the other night, I did not have proof of this. Woken by a commotion between Cammie and Kola (who is free to roam at night, when most cats are sleeping), I saw Tungsten lapping up water from her little bowl. She continued to do so until after I made sure the troublemakers were separated. I suppose the orange one decided that having been caught in the act, she may as well drink her fill. 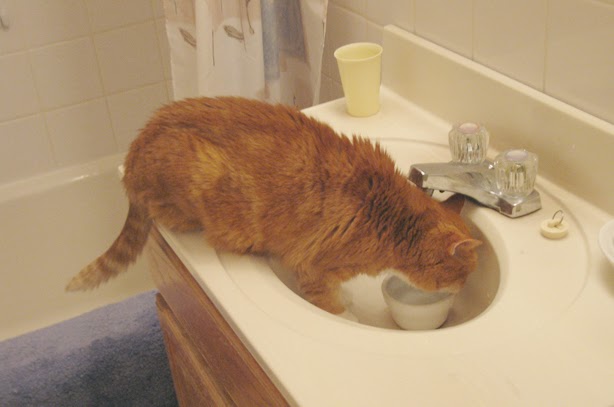 But be assured that having caught Tungsten this once will not mean that I will be relieved of my duty of turning on the tap when she wants a drink in the future. Just because I witnessed her drinking in this manner does not mean she will admit ever to having done it. Logic and reason have never made much progress when arguing with a cat. 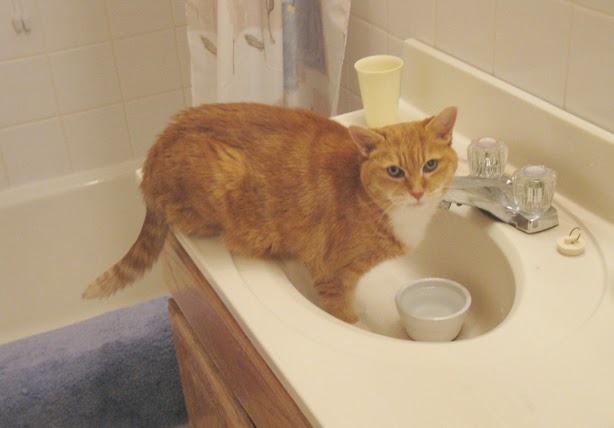