The Stuff of Dreams


Two of the prized possessions for the cats in our household are the cat-beds. I bought them many years ago, and they are wearing through in places. However, I have not found anything comparable to acquire in their stead. (I of course will eventually break down and buy something that none of the cats will ever use…) Every cat loves curling up in them, even the big boys who don’t fit. An advantage is that the heating pads for the beds fit them perfectly.

The pillows, however, have had the stuffing knock out of them, literally. Comprising pieces of insubstantial foam rubber, I guess the contents lose their spring after a while. The interior bag of one of the pillows, the bag that actually contains the foam rubber, burst. The other, surviving bag was intact but largely flattened.

I tried replacing the diminishing contents with towels, but they quickly became flattened themselves and, moreover, hard. Though my beasts sleep on the carpeted platforms of cat-trees, I suppose they could sleep on stiff pillows. But what if they wanted something softer? 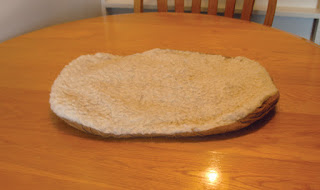 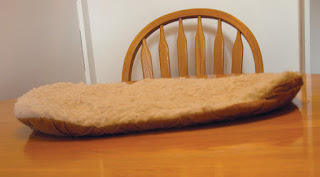 I purchased some filling. It is the batting used for the interior of quilts, so the package alleges. Whatever its original purpose, I stuffed the cat-bed pillows with the substance, which is basically the same sort of foam rubber that was in the pillows to begin with. I was pleased to have achieved a kind of success. The pillows are now plump and soft, and will probably remain so for a while. I have plenty of replacement batting, and can, of course, buy more later. At least three cats have curled up in the newly re-vitalised beds and have evidently found them to their satisfaction.

It’s rather nice when an intention’s realisation looks pretty much like its ideal. 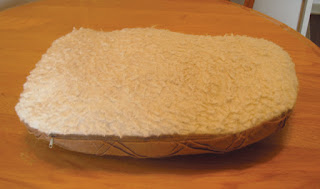 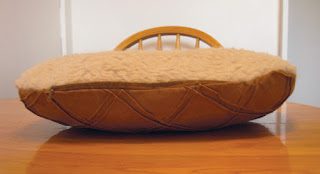 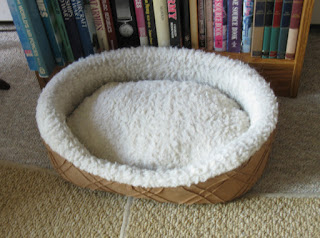 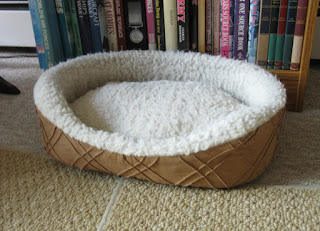