The Brains of the Family

My senior cat, Josie, is a most intelligent feline. When she is about to be ill, my Chubs, unlike most of her race, who seem to hurry toward the nearest rug-covered or carpeted floor (or failing that, clothes, bed-linen or drapes) in order to vomit or regurgitate, will hasten instead toward the bathroom or storeroom. There, the floor is bare, and easier to clean afterward. She learned this, no doubt, from continually being placed in the bathroom immediately before or after upchucking.

But the Great White shows she is smart in another way. When I come home to the Cosy Apartment, I often bring groceries or other bulky items (such as bags of cat-litter or food). When I open the front door, I sometimes keep it open while I bring in the loot. This is, of course, not to be done with many cats - certainly not ones whose personality and habits I don’t know. I will do it with mine because I know none is a ‘door-dasher’ and because, as an apartment, I have an ‘airlock’ - my front door lets out into a corridor, and not the outside.

That notwithstanding, Josie has developed a curiosity for the great outdoors, which to her is the corridor beyond the front door. I cannot guard against that interest and bring in supplies simultaneously. So I have been putting Josie into the boot-closet just inside the hall, and closing the front door on her, since the closet itself is doorless. Now, she understands what she must do when I come home (and I’m sure she understands why, too.) When I tell her to ‘come on’, she knows to go into her little jail for a minute, out of the way, out of harm, while I bring in what needs to be  brought in. I no longer must shepherd her in myself; she does it on her own.

My senior cat, Josie, is a most intelligent feline. 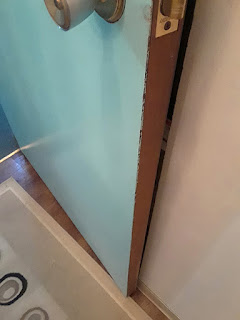 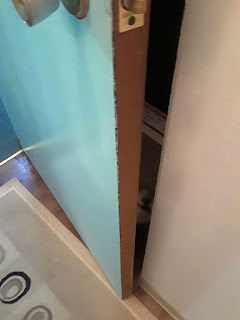 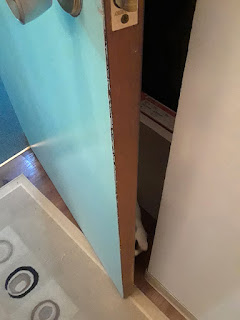 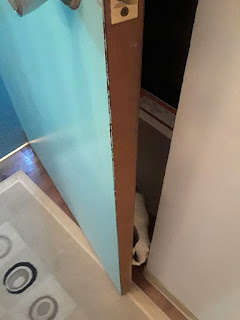 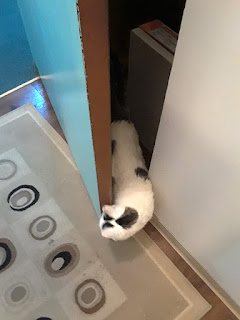