Tunnelling Out of Captivity

The Felons were given a day-release on Sunday, and put out into the sitting room for some exercise. They certainly took advantage of the opportunity. They explored every corner of it, became confused in the kitchen, ran back to the sitting room and had plenty of fun.

They discovered the nylon tunnel. This was of immense delight to them. They zoomed in and out, out and in, popped through the side holes, came out the ends, turned and shot back in. They jumped on it and bounced. I think they liked that the nylon had some spring but still supported them. Oleo and Bisto didn’t wrestle or fight in the tunnel, which is interesting. They ran past each other and even managed to leap over each other in its confines.

I’d left Tucker and Neville out with them, putting Renn and Josie in the bedroom. I won’t do that again. Tucker wasn’t bothered; he was up on a dining table chair, and the Felons didn’t discover him there. Neville almost had a nervous breakdown. The kittens were quite respectful of the Nevsky, but he was agitated nonetheless. He will stay safely in the bedroom the next time the babies are on the loose.

But the youngsters had their fun, lots of it. I have been able to place two videos of their antics on Facebook. The one featuring them in the tunnel was initially upside down on Facebook, but that has been corrected. Viewers may derive some enjoyment from the images, though probably not as much as the Felons did making them. (https://www.facebook.com/betcha.hugh/) 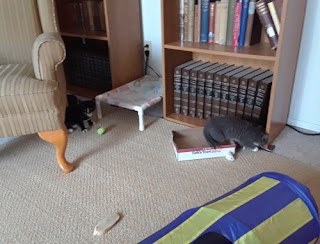 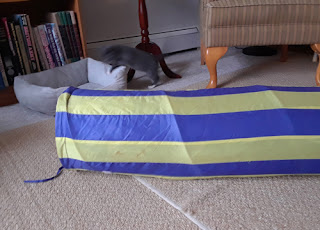 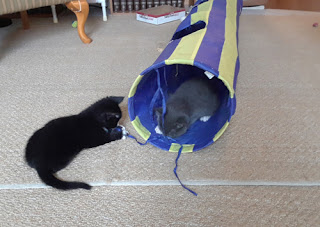 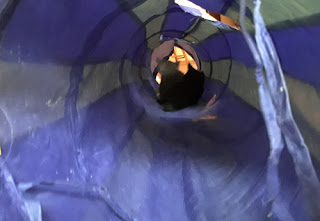 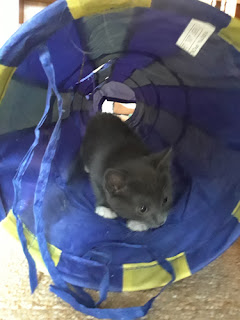 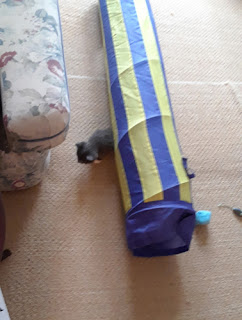 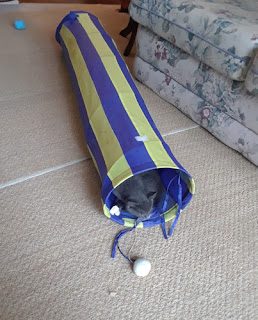 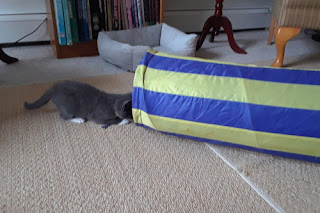 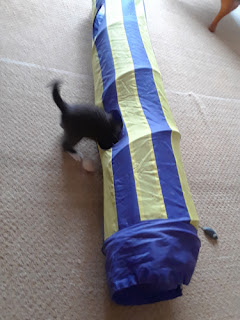 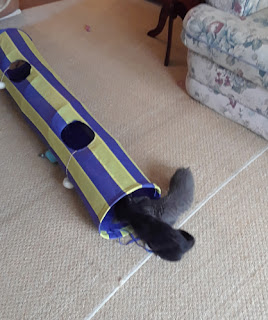 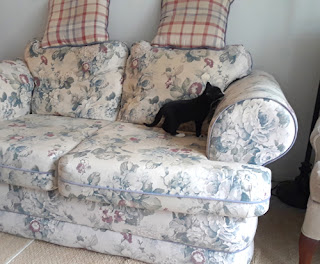 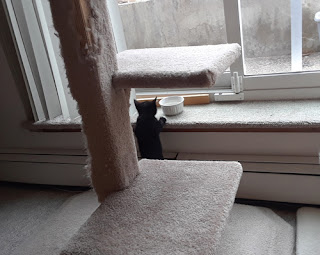 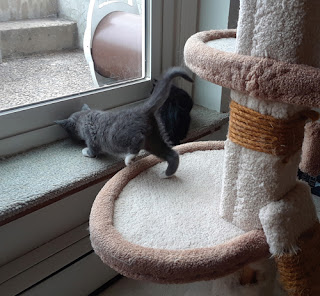 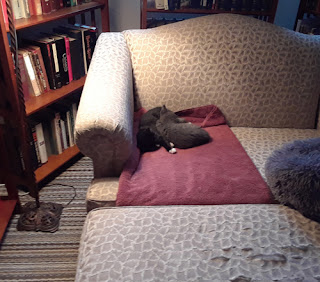