The Week That Is

Renn did not go to the hospital this week. I had to re-schedule his appointment due to unforeseen circumstances unconnected to my big boy. I hope to take him for his surgery next week; it has been re-set, tentatively, for next Thursday. Though he seems no more troubled by his tooth now than he has been, I suspect that it is hurting him, and I feel bad that it could not be rectified. Soon, however, I hope all will be well with him. 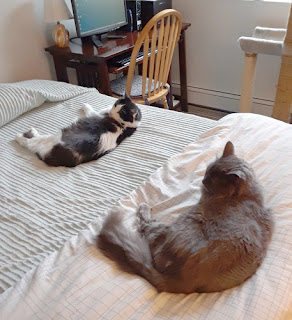 As for the others, Neville is fine, and Hector continues active and, periodically, annoying to the other beasts. He takes an interest in the outdoors, especially now that windows are open quite often. This morning, he observed another of his kind outside. This is a neighbour-cat, well looked after, who now and then goes for short walks. I don’t think either knew what to make of the other. 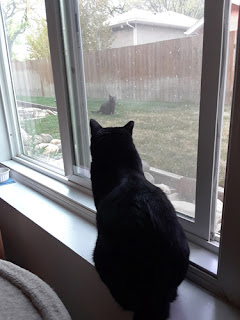 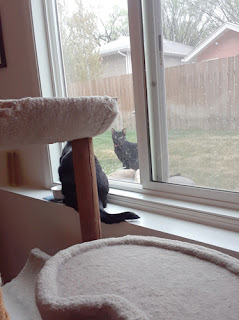 And Minuet decided to explore earlier in the week, while I was cleaning. She should have had her shirt on, as the day, while pleasant, was a little cool. But the last time I saw her, she was snug on her heated blanket in the library, enjoying the warmth provided by the heater. This was apparently unnecessary, and she wanted to take some air. Furthermore, when I tried to put her shirt on, she objected, and spent the rest of the day without clothes, on the cool of the library couch. Madame knows best. 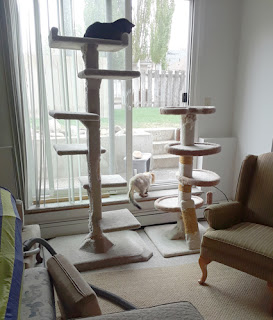 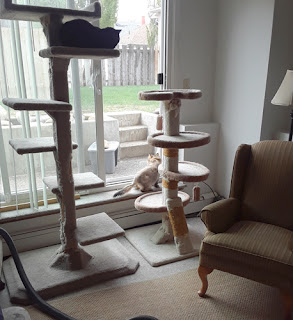 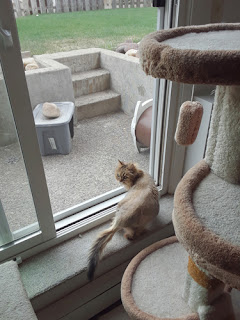 As may be seen, there is little of note going on in the Cosy Apartment, though the beasts can usually find and provide something of note.