We Stand on Guard for Thee

Considering the fracas that occurred last week, things are progressing well at my house. Kola, the new foster-cat, stays sealed in the parlour when I am absent or asleep. The first night after he was attacked by Tucker, Kola seemed quite glad to be put in the room. As soon as I placed a litter-box in there, he began talking, which he hadn’t done since I’d got home. He knew, from his previous sequestration, that he would be locked in, and that was fine with him. When I brought back food and water for him, he was already curled up in his enclosed cat bed. He knew he was safe. 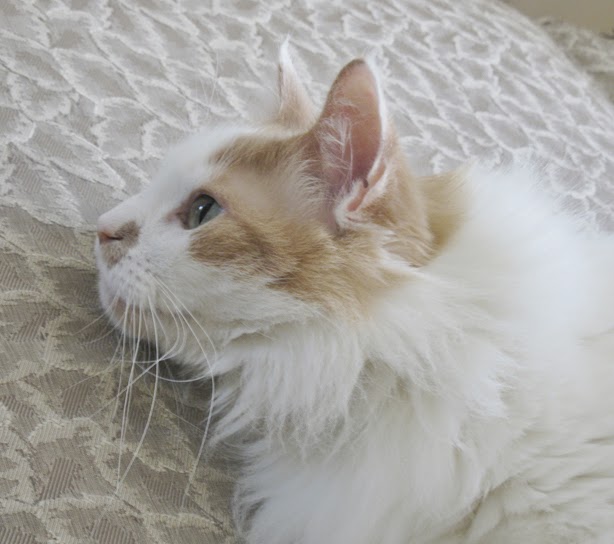 Each evening, I let Kola out, and during the day on the weekends. He is a resilient little fellow. He was quite cautious at first, and refused to budge when he saw Tucker. The other cats don’t worry him, and now even Tucker won’t keep him confined if the parlour door is open. He still avoids the roly poly one, but he is back to sleeping in Bear-Bear’s old bed in the sitting room, and observing the world from a tall cat-tree. 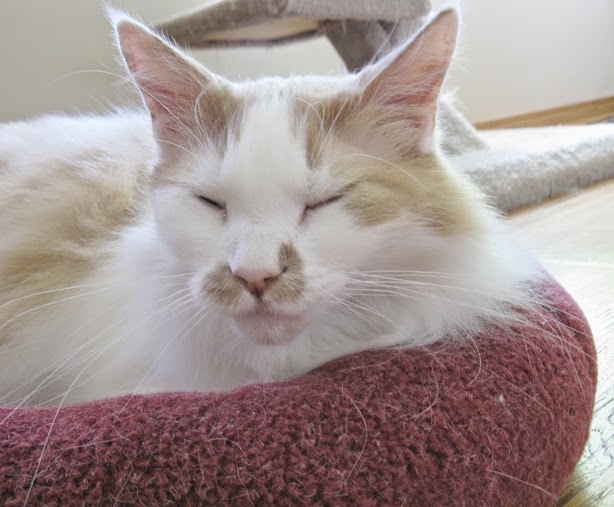 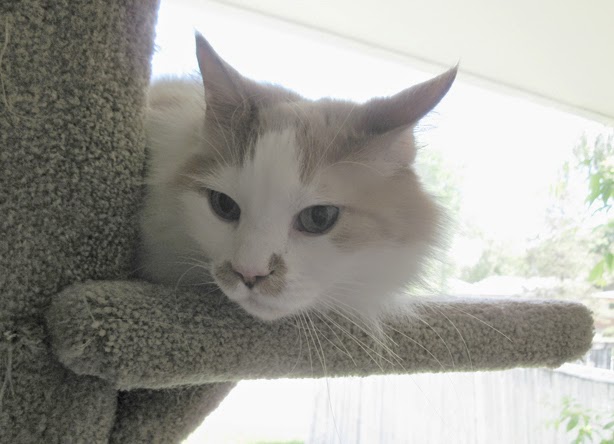 Tucker for his part watched the new boy like a predator, for several days. He has made two attempts to fight him since the big battle, but I have intervened. He is more circumspect in his surveillance now, though I am not letting down my guard. Tucker has a long way to go before he proves himself harmless to Kola - if he ever does. 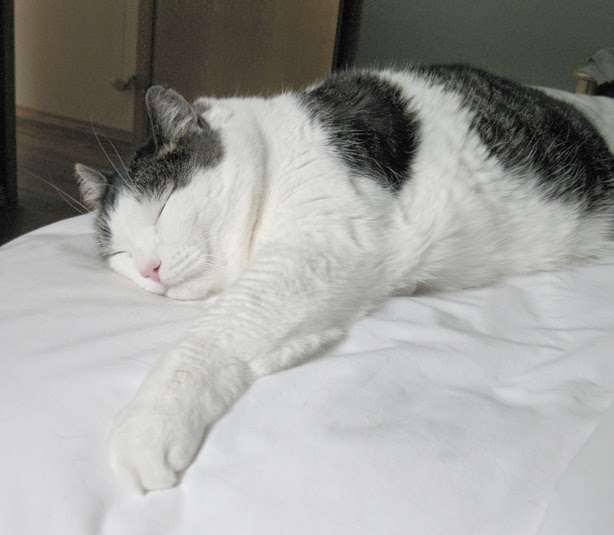 But the whole cat household is adapting well to the new arrangements, though Cammie seems put off more than Tucker about one aspect. With Kola confined to the parlour at night, Cammie can’t use the cat-tree there to stare out the window into the dark. This may have a positive reaction, though, in that it forces her to spend more time on the bedroom’s cat-tree, if she wants to look outside. That, in turn, means greater association with the other beasts, if only at a distance. The Siamese Princess may grow accustomed to her roommates whether she wants to or not, thanks to Tucker and Kola.

In the meantime, a truce has been established and a fragile peace reigns. We’ll see how long that has lasted when I get home tonight. 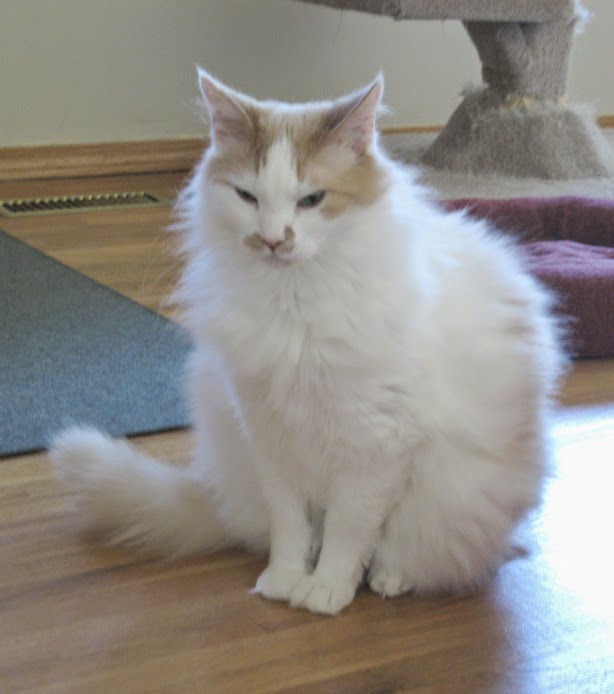