The End of the Beginning

Portia continues her progress. Saturday represented, I think, a big step forward in her relationship with me. Though the door to the library (the new girl’s safe-zone) is now open all the time when I am home, so that she may come and go throughout the apartment as she wishes, she still spends quite a bit of time in that room. It was movie-night Saturday and, while she refused to sit with me on the couch initially, she later lie above my head on the bookcase under the window.

Two thirds of the way through the film (Colorado Territory, starring Joel McCrea), Portia decided to join me. She slipped down on to the couch and lie against me for about half an hour, and purred while I stroked her head. 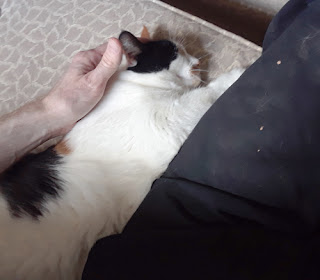 Since then, the number of times she has hissed at me and warned me away has diminished, and she has reposed against me several times on the library couch. I sit with her and read. She will more often than not keep me company. It seems to me that she is a cat who enjoys being with people, but not of course with people she doesn’t know or trust. Once familiarity replaces strangeness, friendship can begin. 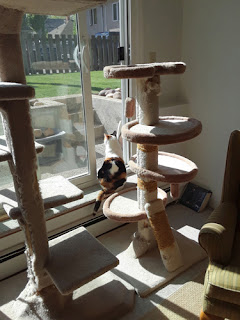 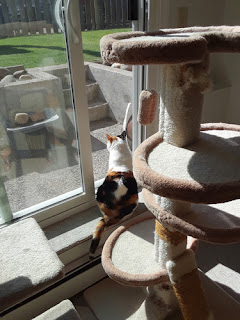 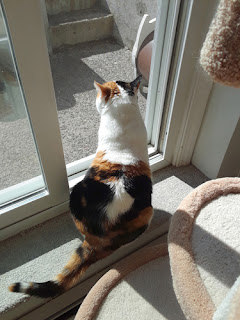 With regard to the other beasts, her progress is less noticeable, but is being made nonetheless. Renn is the least objectionable to Portia. Tucker growls and grumbles at Portia as much as she does at him, and Neville now keeps his distance, though he likes to come into the library for a drink of water (he has always preferred the bowl there) and to eat Portia’s hard-food. Why he does that, I don’t know. She has now made the transition to Orijen, which is what is available to the Nevsky, and at the same times. Perhaps, like the water, it tastes better in the library. 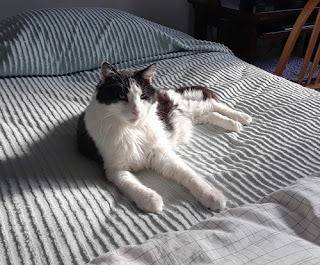 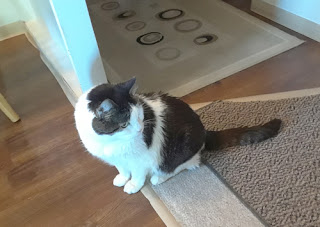 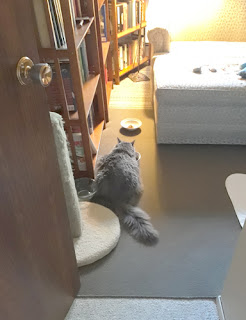 I feel confident in the interaction – or maybe in the lack of it – between our guest and the perma-cats to contemplate leaving the door to the library open at night, at some point during my holidays. (During my holidays because, if there is a fuss, I can make up the loss of sleep the next day…) I already leave it open when I am gone from the apartment for short periods.

Portia is purring more and hissing less. There is a long road ahead of us yet, but we are no longer at the start of our journey. 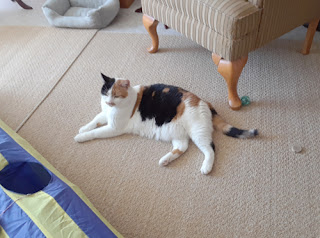