It’s been forty-eight hours with no sign of Portia wetting outside the litter-box. Indeed, I have today witnessed her actually inside the litter-box when she wet. Despite the invasion of privacy that this entails, I was quite pleased at the observation. Though it is early days yet, the new ‘flooring’ in the library seems to be achieving what it was intended to do. 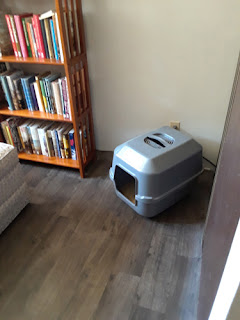 I suspect that Po thought for some time that she should urinate on the soaker pads. I don’t know why she reached that determination suddenly, after months of restricting such actions to the litter-boxes. But, unlike Tucker, who occasionally used a soaker-pad immediately in front of the box, and who usually did so in the initial stages of a new cat’s arrival, Portia would pull up the soaker pad after she was finished. This may have been the equivalent of burying her waste in litter, which would suggest that she was merely doing something natural in the wrong location. 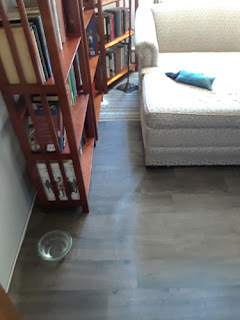 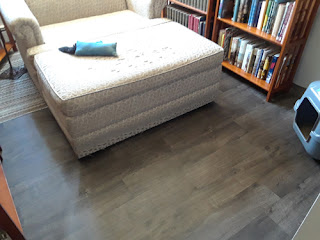 While the new surface to the library floor will resist any liquid deposited on it, thus making cleaning easier and cheaper than soaker-pads, the object is to keep my girl from putting it to the test. A cat who wets outside the box is not going to be adopted, no matter how simple is the cleaning of her mess. Therefore, we in the Cosy Apartment have our eyes on the long-term. Even so, this is a very good start. 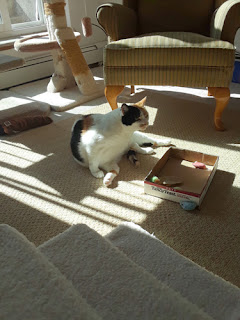