The Library Receives a New Floor

By Monday, Portia’s wetting outside the litter-box reached proportions unheard of in the Cosy Apartment. She was urinating on soaker-pads as almost as fast as I put them down. I didn’t believe she needed to wet at most of these times, but did so because something psychological compelled her to do so. I also knew that, though the pads had been irrelevant to her wetting for two months, they were now a target. But if I removed them, what would assure me that she would not then wet on the rug and carpet underneath, items impossible to throw in the washing machine?

The answer was simple: put in a new floor. Well, sort of. I was speaking with a friend about Portia and we agreed that if there were no soaker-pads, Po probably wouldn’t wet on the floor, though there was no guarantee of this. But we were much more certain that if I had bare floors, rather than carpetted, there would be no problem. What simulates hard-flooring, I wondered aloud. The reply was “linoleum”.

Today, therefore, I bought a swath of linoleum, admittedly cheap, along with a new rug, even cheaper, to place underneath it. Up went the old rug – leaving, of course, the fitted carpet – and down went the new coverings. It wasn’t easy. I had first to remove four tall bookcases’ worth of books, stack them elsewhere in the suddenly shrinking apartment, and then remove the bookcases themselves from the library. But it was done. Because it was late, I was tired, and no longer twenty-five, I postponed the return of the furniture and its contents until tomorrow. But the essence of the new set-up in the library is in place. 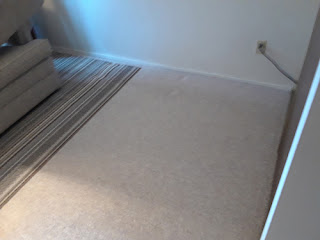 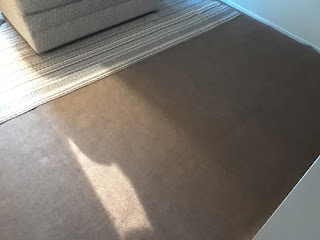 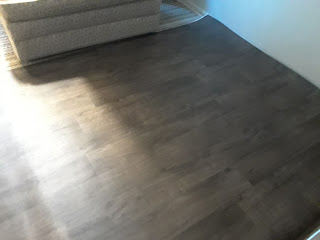 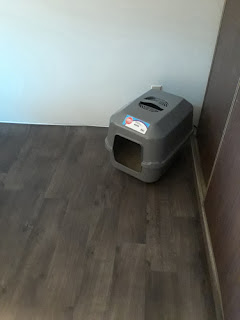 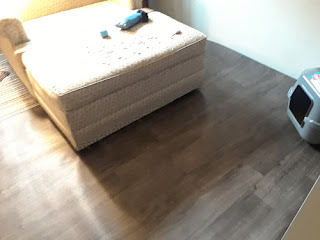 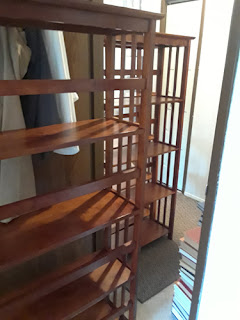 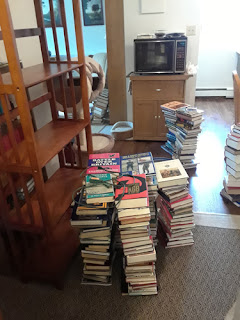 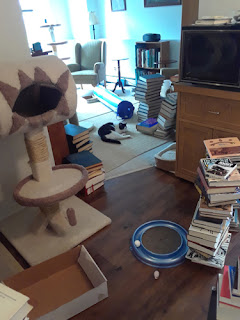 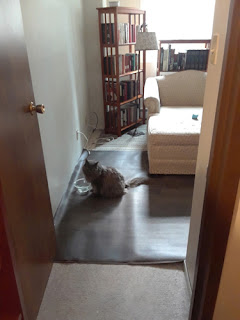 You will note that there are no soaker-pads. I am betting that Portia won’t wet outside the box and, if she does, my wager won’t cost me cash in the apartment building’s laundry machines, as I can just wipe up the result from the vinyl now on the library’s floor.

The test – Portia’s bladder and her desire to empty it -  remains to be taken. No matter what happens, however, I think the situation and events will be improvements on what has gone before. Not only will hygiene and my finances improve but, more importantly, I think Portia’s mental health – and chances of adoption – will increase. 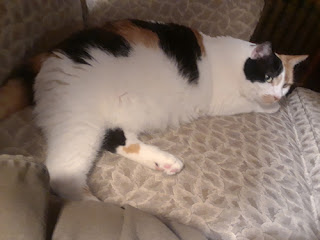