Our Lives and Times

A few entries ago, Katie Isabella asked, in relation to my time spent holding Tucker at the kitchen window, what sort of rituals I may have had with my cats who have gone on ahead.

It’s funny how habits with some cats are clearly defined, but with others, their presence seems too pervasive to allow for specific routines. That’s how it was with Tungsten. It may have been because she was my first cat, and she had me to herself for a year and a half before another cat joined the family. Tungsten and I were always together: she would meet me at the door when I came home from work; she would curl up in my hand - or between my legs - at bed-time; we would play together; she would wait on the bathmat while I showered. Our lives were inseparable - until it was time for them to separate - so there was no special ritual to recall; our lives were the ritual. Bear-Bear - the BB - wasn’t with me long, compared with the others. But he loved talking to me. He was very loquacious and wanted to discuss everything. “Raa”, he would say, or “rao.” His tone was always conversational, and cheerful. I liked talking to my long-cat. I valued that he wanted to talk to me. 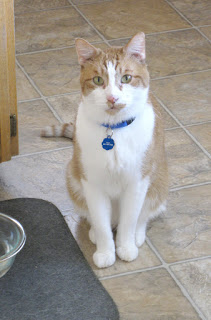 Cammie had quite the repertoire, but our special moment would often come when she jumped onto the bed at night, walked across me, then turned back and lie across my neck. She would instantly start purring, and I would stroke her back. I could feel her heart beat, and maybe she could feel my pulse. Even after she went blind, she would climb up the stairs to the bed, and lie across my neck. My princess. 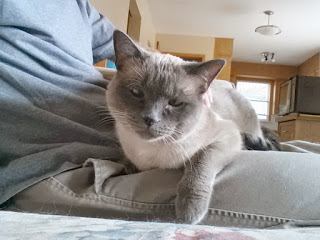 Parker and I, as Katie guessed, loved our walks outside together. Those were very special times for us. He’d allow me to put his harness on him - though sometimes he was so eager to go that he couldn’t stand still - and we’d be off on our adventure. It was a mild adventure, but we enjoyed it. Puck would would talk as we ambled, telling the world that he was outside. He would stop to speak with his admirers; we would sit on the grass or on the warm concrete of a sidewalk, and I’d point out things that might interest him. He would purr the whole while. 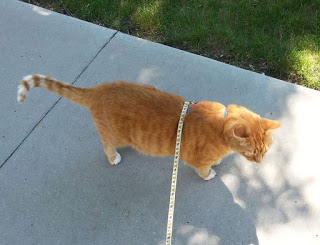 Raleigh had a number of adorable habits, but, though I delighted in them, his scratching at the corner of wooden furniture when hungry, and his sitting bolt upright when he wanted more food were just second nature to him. Our lap-times were enjoyable but what we both looked forward to were his chest-rubs. After snacks, in the evenings (rarely after dinners), I would clear away the dishes and come into the sitting room. Peachy would amble over, let me pet him for a moment, then topple over. I would rub his chest as hard as I could; he would close his eyes and purr. 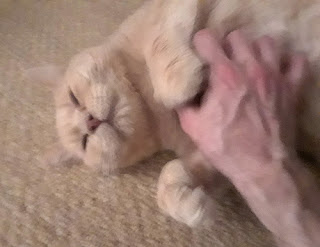 As for Josie, my old lady was, like Tungsten, all encompassing in my life. She always seems to have been there, so everything she did was our time. She was like the housekeeper who had been employed in the home so long, she had become a partner in its welfare. But she did love her chin-rubs, and I tried to make sure there was a moment in each day for that. Sometimes she’d ask first: I’d be at my desk and I’d hear a re-arrangement of old cat bones. Sure enough, my Chubs had lie down in her saddle-topped cat-tree and was looking at me expectantly. It was impossible then not to stop what I was doing and spend our time together. 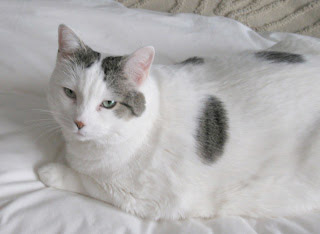 These moments are not always the ones that stand out in greatest relief when my mind’s eye reviews the monuments of my memories. There are sometimes other reminiscences, some bad, most good, that show themselves more strongly. But these are the moments that helped create the bonds that I had, and have, with my cats. They are our lives and times.