Yesterday, I took Auric to the veterinary for his booster shot. It didn’t happen. I pointed out to the doctor that Auric’s right eye was showing a great deal of its third lid, and that he was rather noisy when breathing. The doctor thinks the Golden Boy is experiencing a return of his respiratory infection; it’s not as bad as it was the first time, but it still prevented his second vaccination.

So Auric is now on more oral anti-biotic, and a liquid that I must push into his eye. He’s like an eel when it comes to taking medicine by mouth; you can imagine how coöperative he is when I have to poke a finger into his eye. Still, he is eating well, though he is past the stray’s initial phase of consuming anything and is now in the pampered rescue-cat’s phase of being fussy: he will eat only the most expensive soft-food. And he is still very active, chasing and wrestling with Hector much of the day. If Hec doesn’t want to play, Auric will have solitary fun with a toy. I am grateful that his current ailment is not slowing down what matters.

Auric did not make it easy for the veterinary and me yesterday, though I don’t suppose there is a reason why he should, from his point of view. He disliked the probing and poking, and preferred exploring the examining room. I was lucky enough to take some photographs of him, so we can enjoy his wanderings as much as he did. 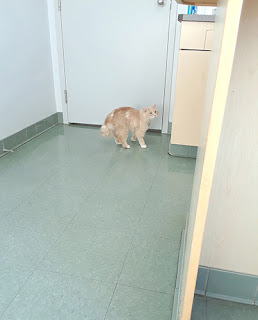 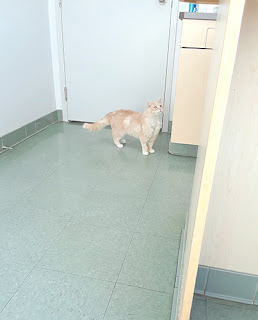 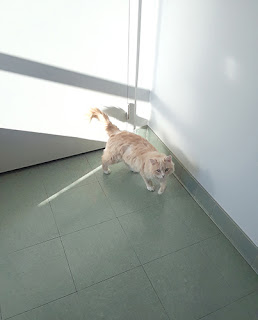 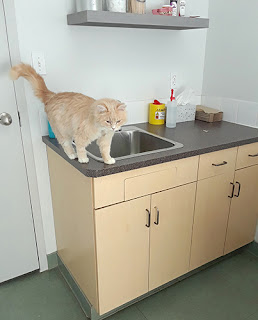 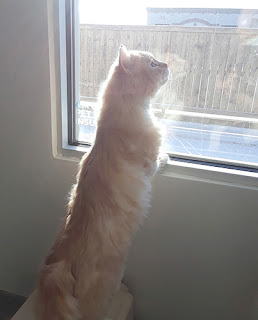 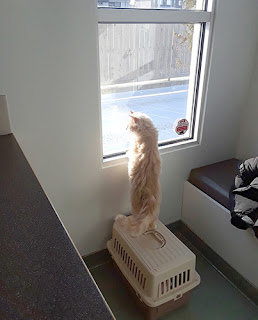 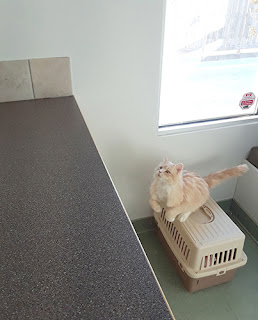 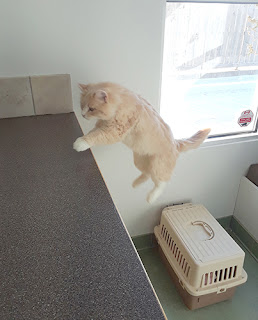 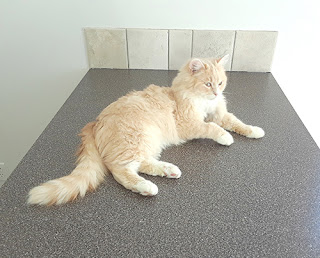