I’m very pleased at how well Hector and Auric get along. They’ve actually become friends, I believe. The first three pictures show them wrestling. It looks like they’re trying to kill each other, but it’s all good fun. The fourth photo depicts them resting afterward. 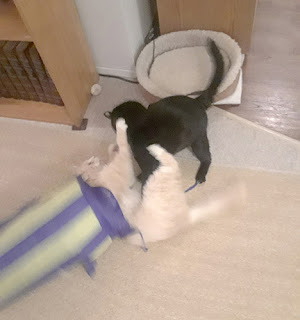 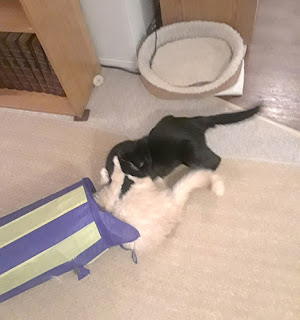 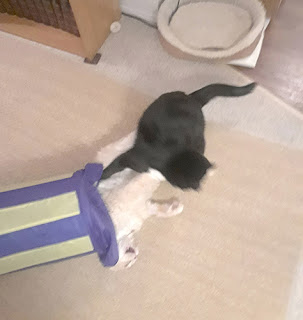 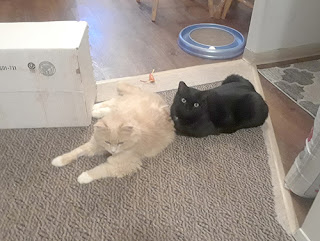 Then there’s this. Auric attempted to groom Hector. That’s a big step forward in their friendship, but I don’t know if my dark knight was ready for it. He was reluctant, but the Golden Boy had him in a head-lock, and for about twenty seconds, he had no choice. But all ended well. The last image captured them spending time together watching the outside world. 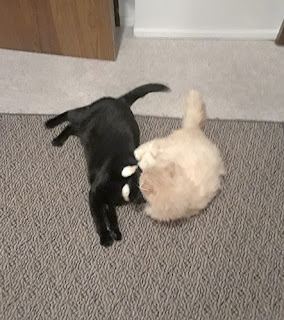 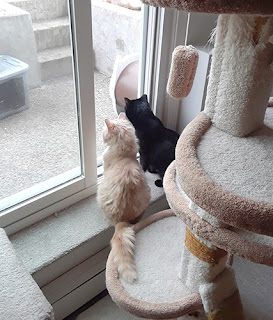