Now and then one of my cats will stick his tongue out, and keep it there for a while. Minuet has never done it; Renn has done it very rarely; Hector does it, too, a little more often. Neville, on the other hand, though he doesn’t show the blep every day, or even every week, does it more frequently than the others.

The other day, he was in fine form. After blepping while both sitting and lying down in the sitting room, the Nevsky removed himself to the bedroom, where he snoozed comfortably in the late afternoon and early evening. To my surprise, he stuck his tongue out even while asleep. I don’t know of what he was dreaming, but I would like to know if the blep was showing even on the other side of consciousness. 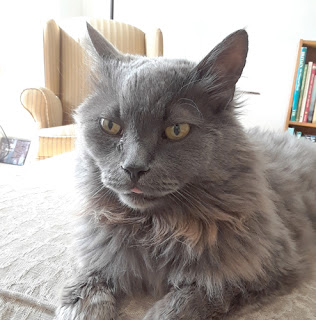 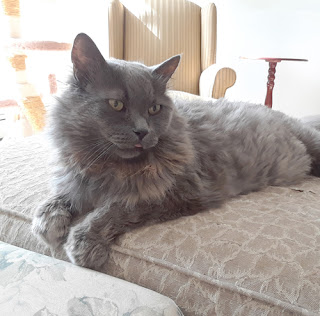 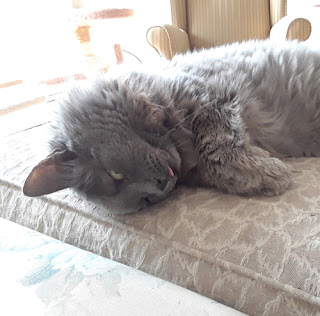 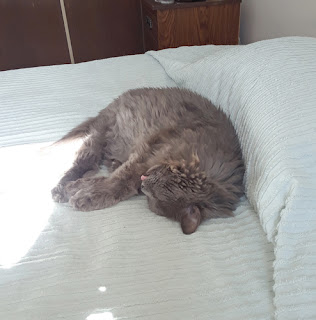 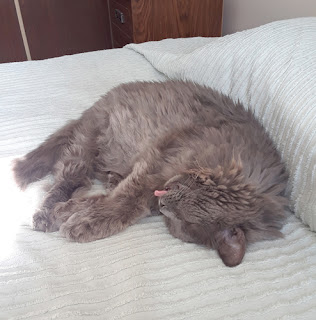 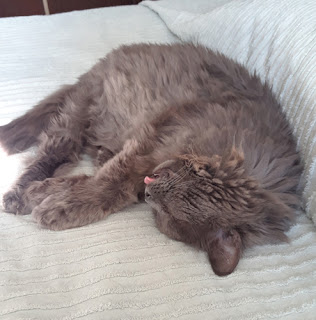 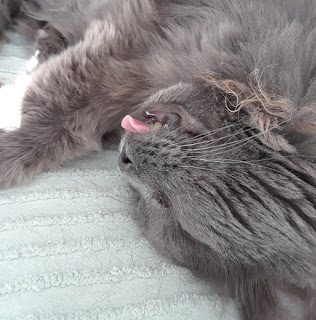