Most cats love to sit in boxes. I understand that, for some reason, they like enclosed spaces. (I understand the fact, not the reason.) Even a shallow-sided box, a lid or a shell of cardboard will attract them. They will come over to the box, step inside and lie down. This brings them comfort, perhaps even delight. But sometimes, they look a little odd, even silly, doing it.

I’m sorry to declare that my foster-cat, Kola, the king of floof, falls into the latter category. I put down a box from which tins of cat-food had been removed, and he immediately came over and got in. I certainly don’t object to this; if it makes Kola feel good, then more power to him. But he looked like a Tribble stuffed into a matchbox. 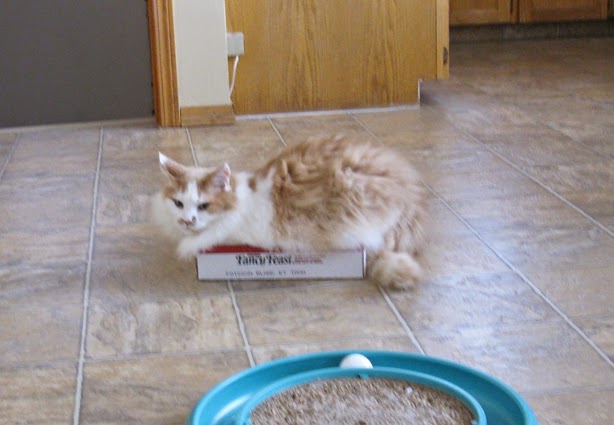 But, true to his feline nature, he cared nothing for what I thought, and continued to bob about in his little craft for an hour. For more than sixty minutes, I had to walk around and over this dismasted schooner adrift in linoleum doldrums. I think it was only dinner-time that caused him to abandon his cardboard vessel. 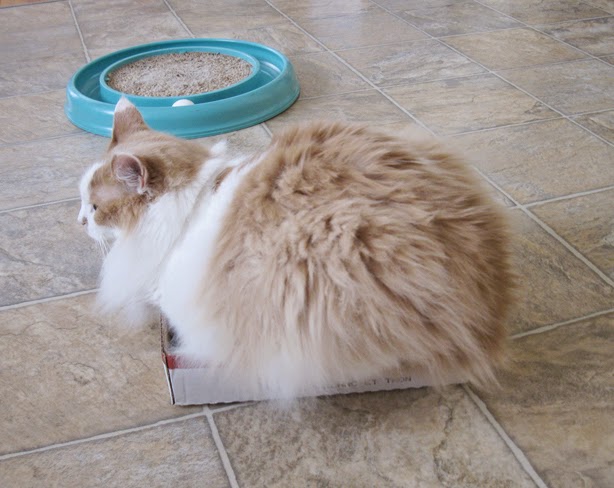 Sometimes, a person and his cat understand each other well. Sometimes, they are in tune, their wavelengths perfectly matched, like an expert ham-radio operator listening to his favourite foreign station. Then the beast sees a box, and all comprehension is lost. 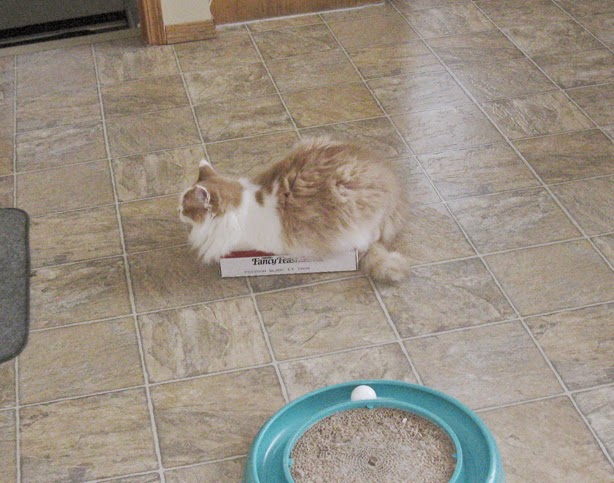