Tucker is not built for agility or speed. His is not the form of a lean jaguar, leaping from branch to branch in the Amazon jungle. Nor is he like the cheetah, a blur on the African savannah as it charges after its prey. Rather, Tucker is lumpy and tubular, like those rolls of Pilsbury dough, ready-made for baking into cookies. Seen from the rear, his swiftest gait looks like an overweight dancer from the Folies Bergere trying to keep up with the front end of a pantomime horse. 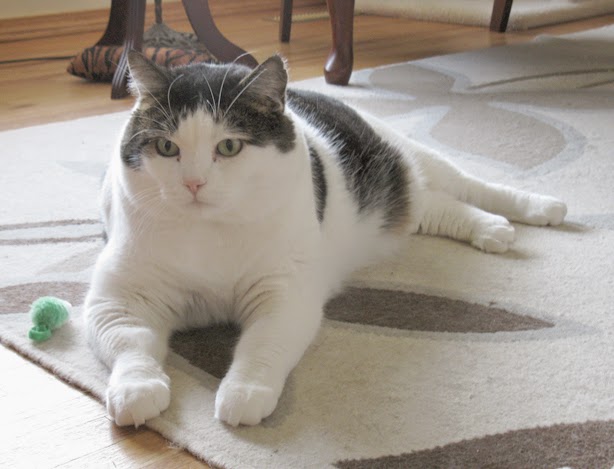 So it was with trepidation that I witnessed the roly poly one contemplating a jump from the middle of the tall cat-tree in the sitting room. The platform on which he was sitting is perhaps three feet off the floor; not high, really. But Tucker, having finished looking out the window, was thinking of crossing a distance that was horizontal, as well as vertical. He wanted to snooze on the armchair, and didn’t want to go to the trouble of climbing down the cat-tree to do it. The space that he had to cover was, for a stubby-legged cat, considerable.

He hesitated on the platform for half a minute.

A dozen times in that period I thought of telling Tucker not to try it. I had visions of him plummeting three quarters of the way to his destination, 18 pounds of fat cat smashing onto the little round table beside the chair, or striking the chair’s arm with his chest, his baby-like forepaws scrabbling ineffectually at the fabric as he flipped over backward and fell to the floor. I think he had the same visions. But I refrained from saying anything, as I thought my outburst might catch him just as he was taking off, and throw off his balance (such as it is).

It was a perfect arc, right to where he wanted to go. He hit the cushion of the chair as though he were the arrow shot by Errol Flynn in the tournament scene in “The Adventures of Robin Hood”. Except the arrow weighed a few ounces. Tucker sank the cushion six or seven inches into the chair, and I’m sure I heard the furniture’s springs shout obscenities. But they, and Tucker, recovered quickly. He spent minimal time getting comfortable before settling down. He was probably stunned and dizzy. Then, tired out from his unwonted aerobatics, he slept. 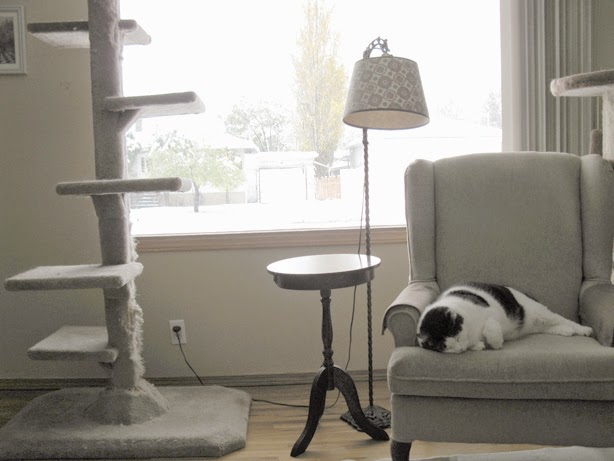