I am not a big celebrant of Hallowe’en. In its modern form, it is far too commercialized and conventionalized for me, and I have no affinity with its original pagan form. However, children enjoy it, and I like to give out candy to them because I recall being a youngster and disliking the people who were home but refused to give out treats at their houses. Besides, when there are few children, I get to have whatever candy they don't. 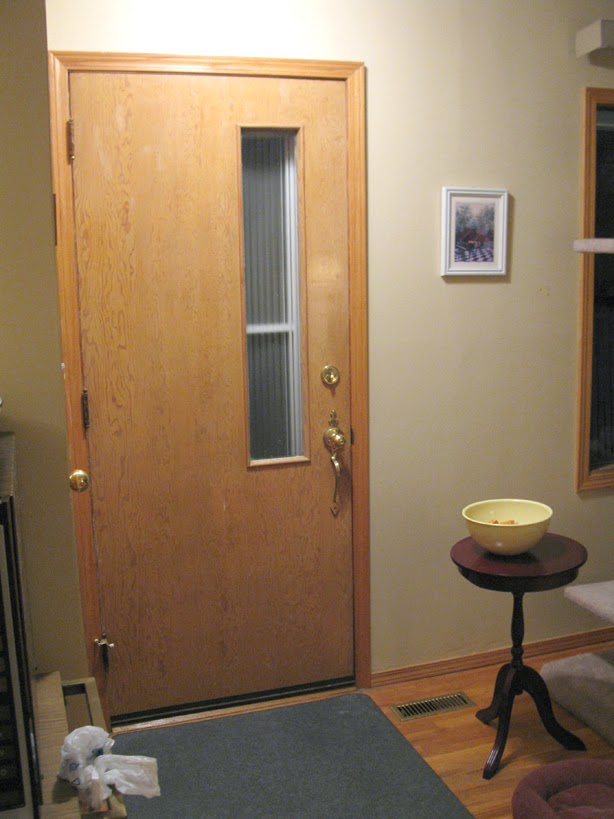 The cats’ reaction to the evening varied. Tungsten, of course, disdained to react at all, and spent the whole time in her heated cat-bed. The night was a pleasant one for the end of October, so there was almost no chilly draught from the door being open so often. But she is old and likes the warmth of her cat-bed at any time, so she is certainly not going to bother making a fuss over such nonsense as giving out candy to strangers. 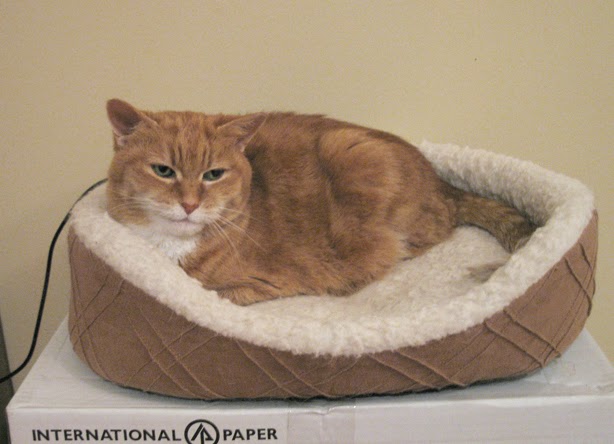 Renn doesn’t like people coming to the door. He quickly warms to them after they arrive and, if they stay a while, he will often come and lie beside them while they sit on the couch. But this to-ing and fro-ing unnerved him a bit, so he remained in the bedroom. Josie too stayed there, but because she has a habit of checking out the door whenever it is open. She would go outside if she could. So she kept Renn company. 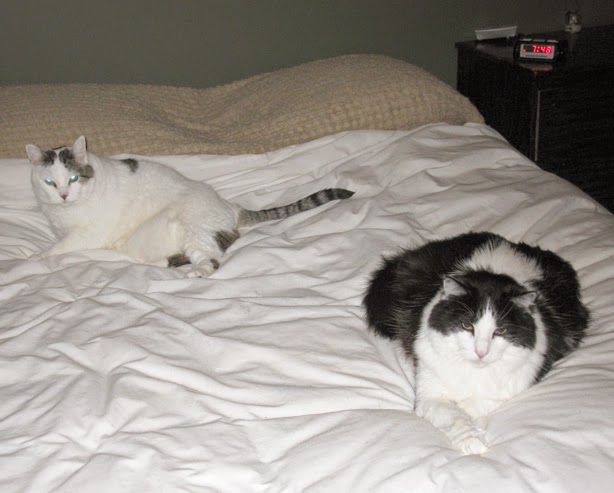 Kola too is a greeting-cat, and his fondness for coming to the door to see who is entering is why he was banished to the parlour for the duration. He was quite excited by it all and had his lasers on, to give the best show for all who were coming. 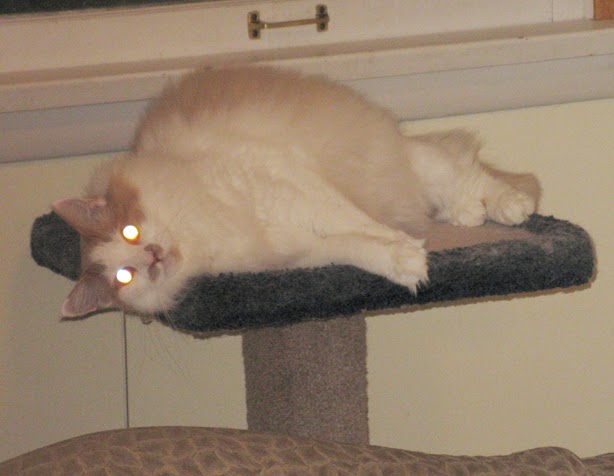 Cammie normally gravitates quickly toward whatever noise or ruckus is in the making, but I think the continual ringing of the door-bell frightened her a bit, so the Siamese princess took refuge on her tall cat-tree in the bedroom. 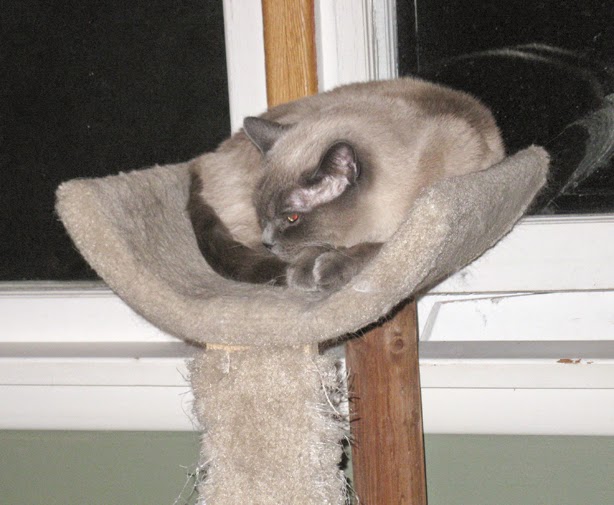 The cat who surprised me was Tucker. There was a time when he would hide at the slightest intimation of a newcomer. But he has been growing bolder - in that respect, at least. A visitor some weeks ago remarked that the roly poly sausage didn’t run and hide when she came in. Indeed, he is standing (or lying) his ground and braving whatever may come his way. So it was on Hallowe’en. Repeated ringing of the door-bell did not drive him to seek cover and, though he did not appear enthusiastic about the whole evening, he kept me company in the sitting room. 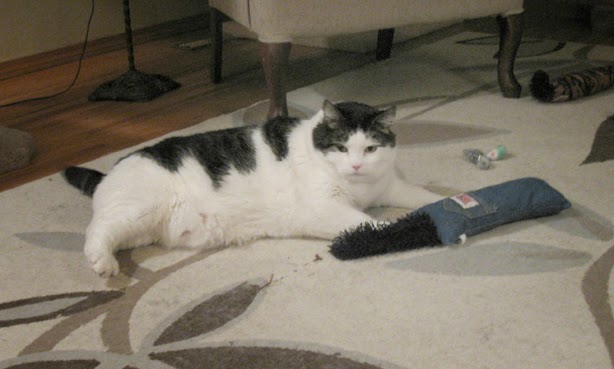 So it was not too bad an evening for all concerned. Children had fun, the cats were not too alarmed, and I got the leftover candy. 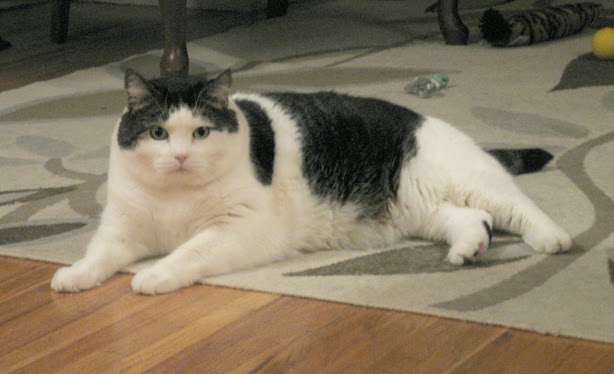