Nip in the Air

Some time ago, I participated in an on-line auction and bought a cat-hammock. It is, in fact, a Ham-Mick, made by Forty Paws. A very good purchase it was, too, as it is always in use by one of three cats (Tucker, Josie, Kola) and sometimes a fourth (Renn). But Tucker, though he enjoys snoozing in the hammock, especially, for some reason, after nine o’clock at night, has a reaction that is different than the other cats’.

When the hammock arrived, it was liberally covered with cat-nip. That has a bad effect on some of my beasts (Tungsten, for instance, becomes almost comatose). But after a brief shake, the hammock was put together and ready for use.

Periodically, however, Tucker will detect a smell of cat-nip strong enough to go a little loopy. He rubs his fuzzy face up and down, back and forth. He rolls and twists, this way and that. It’s a very mild reaction and he seems to enjoy himself without getting carried away, though sometimes he ends up a little distance from the hammock, demonstrating his true roly-poliness… 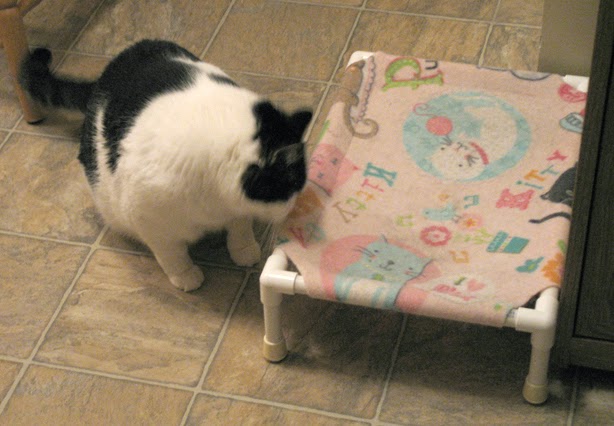 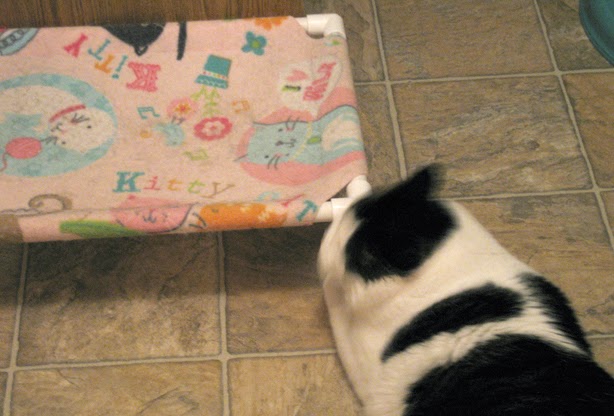 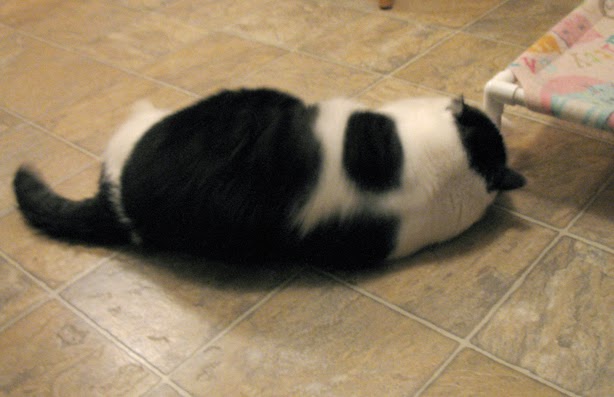 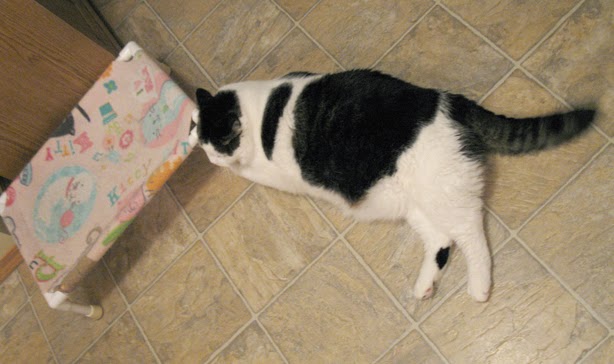 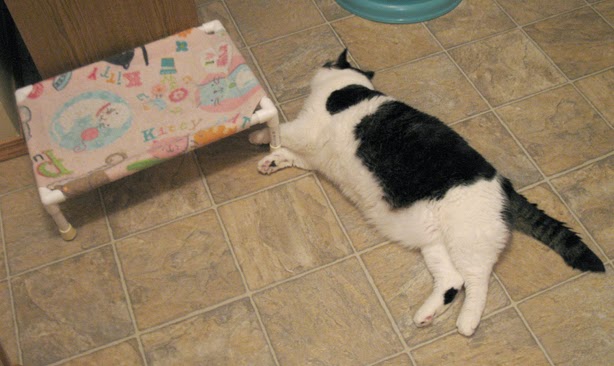 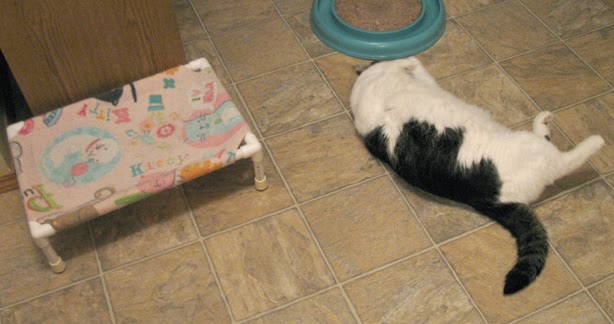 And though I wrote that Tucker did not get carried away, he does sometimes push the hammock from its place. I’ve found it half-way across the dining area, on its way to the bedroom. Then I know who has been having a little fun, and that there’s a nip in the air. 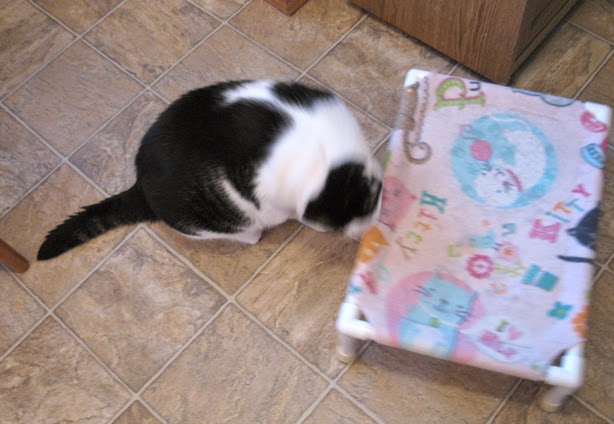 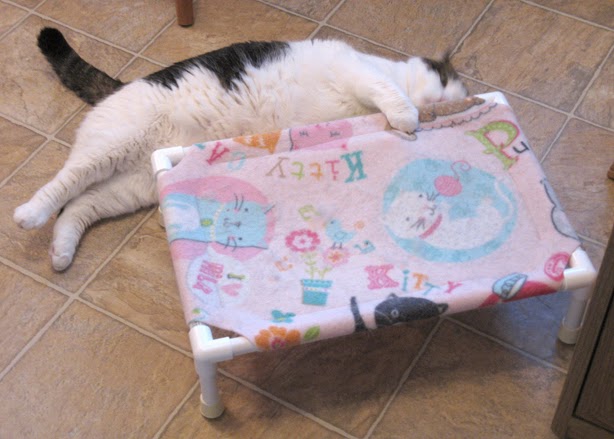 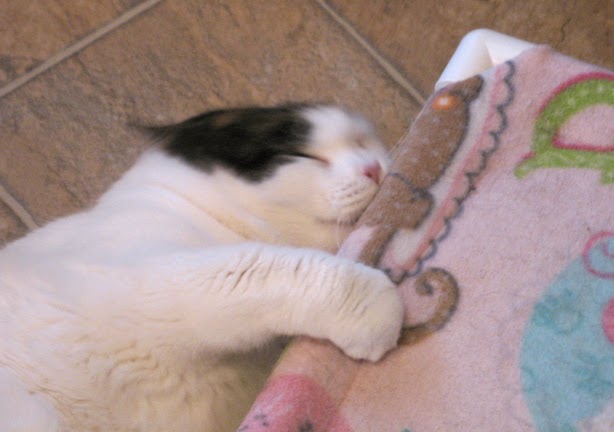