The Mystery of the Mice

A mystery has come to my house recently. It involves the fuzzy mice that constitute the large portion of my cats’ toys. Everyone has or has had (before they were lost forever under couches, dressers and beds) the small fuzzy mice for cats to play with; they perform yeoman service in our household, scattered about the floors for the cats to attack and knock about whenever they feel like it.

Lately, they have been coming to the bedroom while I sleep. 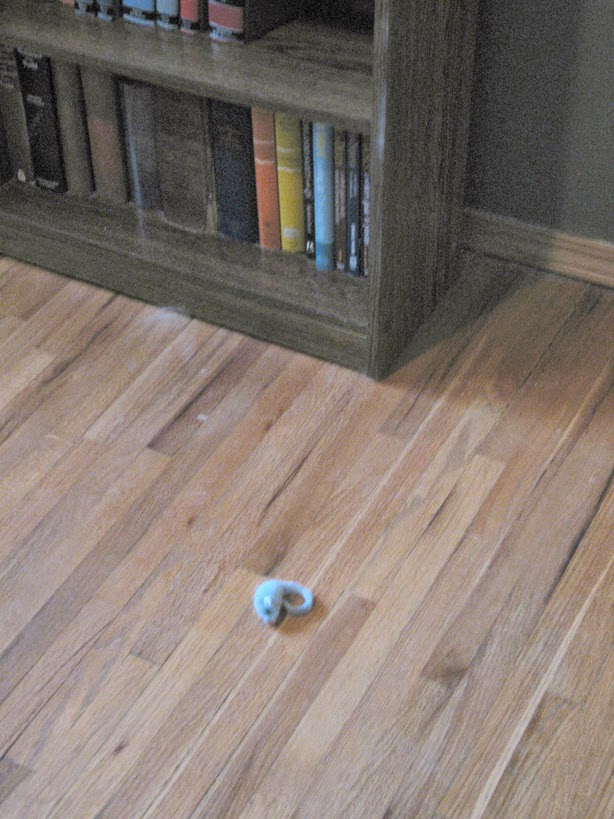 This does not unnerve me, for two reasons. One, I know these toys are benign and mean no one harm. Two, I don’t believe they are moving of their own accord. Each morning for the past two weeks or so, I have woken to find at least a single, often two, sometimes three, fuzzy mice on the floor of the bedroom. 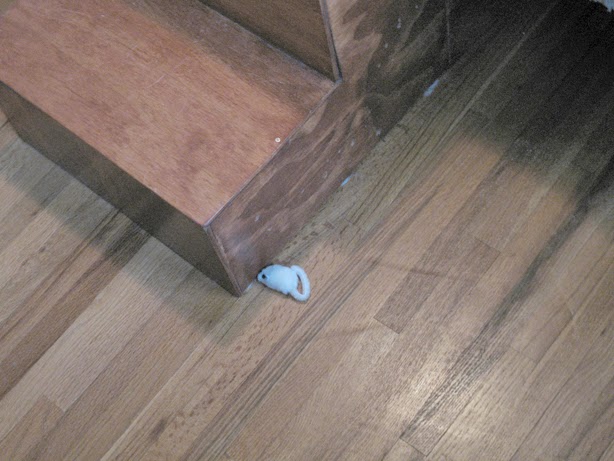 It has been different mice each time, or at least not the same ones, and they are not always left in the same location. In fact, one found its way onto the saddle of the taller cat-tree in the bedroom. 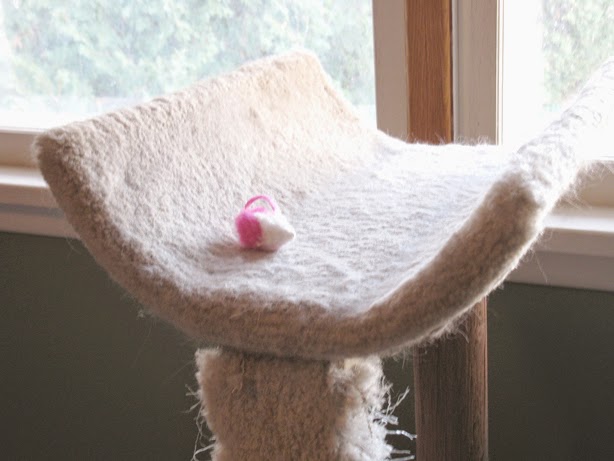 This narrowed the range of suspects in the case considerably. Renn enjoys snoozing in that spot during the day, but never at night, when he is comfortably curled up on the bed. Quite often, at least in the late hours of the night (as opposed to the early hours of the morning), the saddle is occupied by Cammie, who rests there after a full day of annoying Tungsten, telling the others to keep their distances and generally exerting her personality. She will lie in the saddle and look out into the dark and contemplate existence, alternate possibilities, time travel and such. Or whether to go and eat something. But only she uses the taller cat-tree after bed-time. 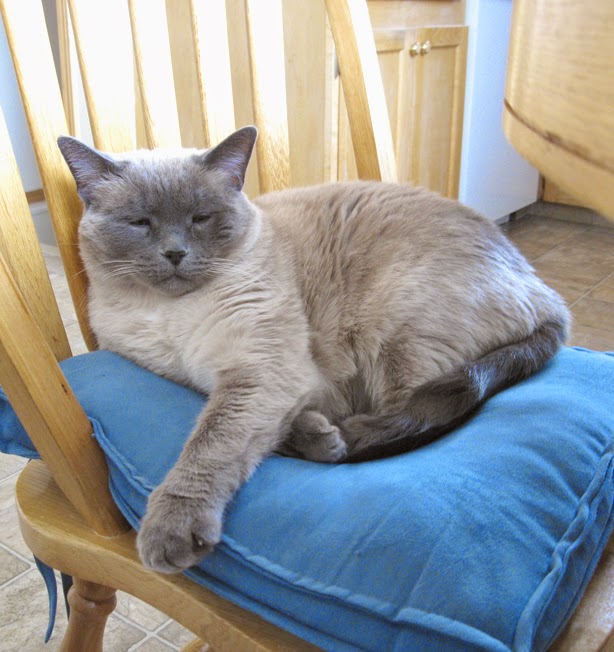 But if the mystery of who brings the mice to the bedroom is, to my satisfaction, solved, the question remains as to why she does it. She does not bat them about the house until they end up there; I would hear that and wake. No, she evidently carries them in her mouth, or perhaps slides them in with so little violence that the movements are silent. Is she bringing toys to keep her company during her nocturnal vigils? Are they trophies? Are they little furry things to care for?

It’s one of the riddles that will remain unsolved until that day when all riddles are answered. And it may not be the least important riddle to be answered then.
Posted by John Bellen at 12:23 PM