Cammie went to the doctor yesterday. It was a productive visit, and the Siamese princess was given a ticket to board the medicine train on which so many cats must ride. She will of course expect her own carriage.

She was weighed (five kilograms) at the baggage check, and was examined by a doctor neither of us had met before. She seemed business-like and knowledgeable. She took blood from Cammie and a sample from the sores, something which I am told (it was not performed in the examining room) was an uncomfortable procedure for the patient. But it was quickly done.

It turns out that Cammie has eosinophilic granuloma complex. This is being attacked with two different medicines. One is Prednisone, a steroid, which comes in pill form. The other is Clavamox, an anti-biotic. This comes in liquid form. I believe I have used it before, probably on Tucker. It smells rather pleasant, like a flavour of milk shake. Cammie apparently does not like milk shakes. Even so, I am able to administer it by syringe directly into her mouth. That doesn’t go as smoothly as I’d like. I can get most of it in, but I have about half a second to inject it; any longer and Cammie will move her head or snap her mouth closed. Consequently, it is probably a little unpleasant for her. I will try to give it to her more gently. 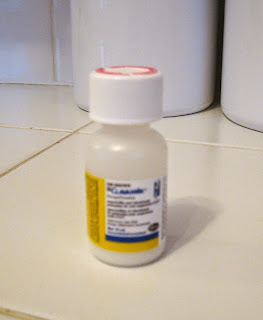 The pills are, by contrast, ease itself. The doctor gave me some chewy chicken-flavoured pills, short cylinders of malleable material. The princess so far likes these very much and swallows them without chewing. One wonders how she derives enjoyment from them in that case. But, practically, they are achieving their goal marvellously. I hope she continues to eat them. There are not enough of these treats, however, for all of the Prednisone pills, which are given in halves twice a day, then half once a day, then half every two days until they are finished. I bought pill-pockets, which Cammie did eat previously, so I hope that she will again. 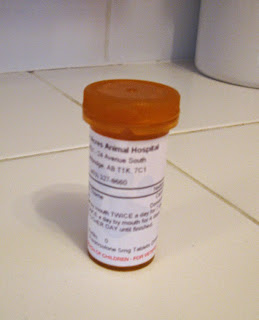 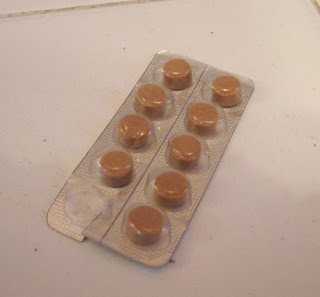 Conditions on the medicine train are not ideal. There is stress in being forced to take substances one doesn’t like. The veterinary also stated that a change in household conditions, including the loss of a top-cat can produce anxiety. But as each station on the line is passed, it’s hoped that the train’s principal passenger improves. She is being given comforts. Food and water are free and unlimited. 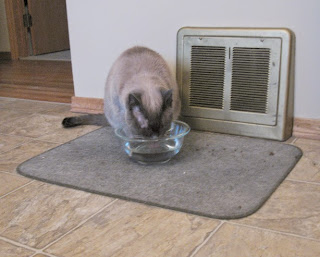 There is agreeable companionship, even if it is kept at a distance. Plenty of space and opportunity is given for relaxation. The seats are once more heated, as the nights are chilly and even the days are not as warm right now as they ought to be. 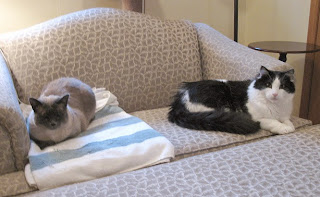 As well, the driver and the guard on the train (the same person, actually) will go to great lengths to make the journey comfortable. He is pleased and reassured that Cammie, even after a feeding of medicine, holds no grudge, and will consent to and even enjoy being petted. Lying on the driver’s chest is especially appreciated.

The journey to the medicine train’s final station will take more than a week, but when Cammie disembarks, it’s hoped that she will be fit and healthy, and ready to relax at her destination. 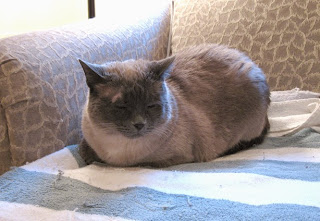