A few years ago, Tucker decided to see what the fireplace was like. There was no fire in the grate at the time - even my roly poly knew not to investigate open flames - and the ashes from the previous winter’s use were cleared away. But once used, a fireplace is never again perfectly clean, so he became a very sooty cat, and needed as close to a bath as he’s ever likely to come.

This week, Noah determined to emulate his sausage-shaped roommate. I suppose he figured that if Tucker was his superior in the feline hierarchy at my house, Tucker knew best. Tucker does not. Even so, Noah imitated him and explored the fireplace. Having none of Tucker’s timidity, however, the new boy saw no problem with barging his way through the screen-barrier, even while I was watching and telling him to desist. 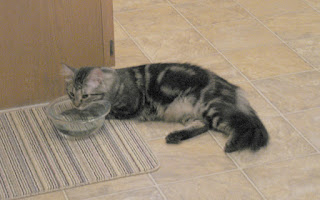 Unlike Tucker, Noah did not scurry out merely because I was showing my displeasure. I had to haul him away and cart him to the bathroom, where, thank goodness, only his feet needed washing. His predecessor in that predicament was smudged from nose to tail. It’s true that I may have missed some soot on Noah; his colouring would not show it as readily as the roly poly’s. But I smoothed him down with my hands and nothing came off.

Nonetheless, he left my tub a mess and was thoroughly annoyed at having to have his paws touched, something he doesn’t like. He was annoyed… 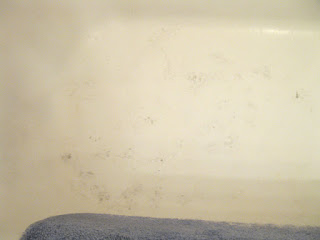 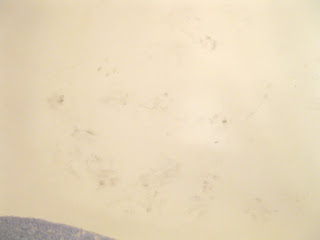 Now, my fireplace is blocked by cardboard, fronted by aluminum foil. I have no worries about my perma-cats trying to get in there, and during my absences, Noah is sequestered in the parlour. But he is a risk for mischief while I am present, and as was demonstrated, even being in the same room is no bar to him doing what he ought not. But such is life with a youth like Noah, and there are times, rare though they may be, when he is actually still, and peaceful. Briefly. 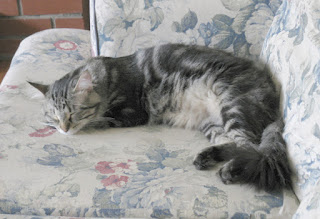