Renn and the Ice Cube

Having given Noah some fun with an ice cube in the water-dish, I thought I should do the same for Renn. After all, my big boy is the scientist in my household, and I was sure he would enjoy studying the phenomenon of floating ice.

I was right. I slipped a cube into the metal dish in the sitting room while Renn was contemplating its contents. This added a new dimension to his study of water. I’m certain he had never experienced solid water before. It was like an unknown universe had opened before him.

Renn interacted with the ice cube in a different manner than had Noah the previous day. Renn studied the cube. He watched it float. He watched it move. He himself did not move much. He was not interested in biting the ice, or in playing with it. His motives were serious; they were scholarly. He wanted to learn, not to have fun. Periodically, he poked the cube, but his goal was not to eat it, or to pull it from the dish. He wanted to learn about its characteristics.

Alas, soon the ice disappeared, like the eclipse a solar astronomer wants to experience. There will be other ice cubes, and my big boy will acquire more knowledge. He doesn’t care for telling people about his discoveries; not for him the published works, the acclaim, the talk-show circuit. For Renn, learning is good in and of itself. Some day, he and I will have a long conversation about all that he has learned. Some day, we will have all the time we need for that. For now, however, I am happy to watch him study, and for him to keep the secrets of his discoveries. 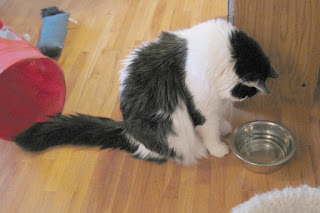 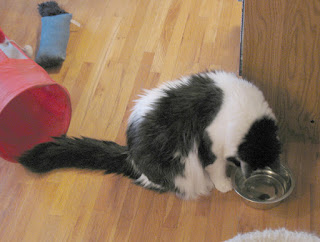 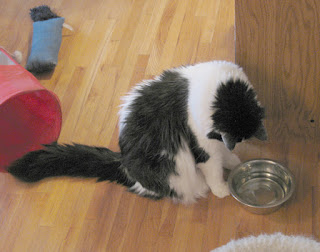 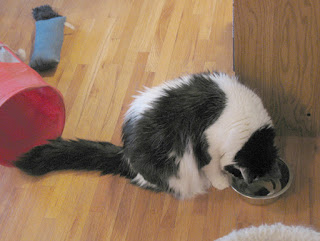 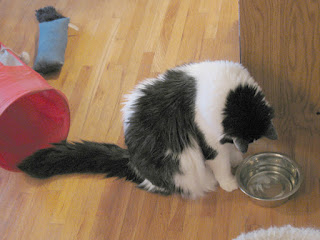 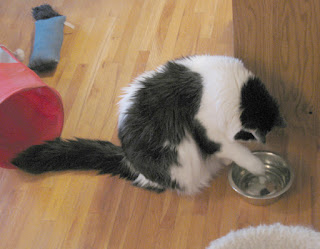 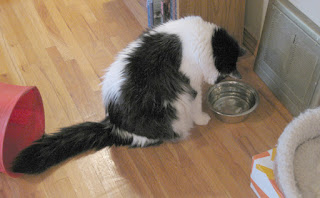