As it turns out, Renn is not the only cat in my household to have a fascination with water. Noah (perhaps fittingly, given his name) also likes to mess about with the liquid, though, to be honest, it has to be water with a special attraction. In this case, it was a cube of ice.

The temperatures here have risen again, so I have been putting ice cubes in the water-dishes. The ice melts quite quickly and, while I was hoping that the addition, as long as it lasted, would provide some amusement for the cats, I didn’t think it would, really. Mine are a lethargic bunch. My big boy probably would have studied the phenomenon, if he had had the energy to leave the armchair where he was stretched out like Superman flying through a summer sky.

Instead, the new boy hurried over when he saw me slipping something into the dish. He was intrigued and puzzled. There was clearly something floating in the water, but he had no idea what it was. He tried fishing it out with his paw; he tried biting it. It proved elusive.

Noah is a smart cat. He peered at the ice through the glass of the bowl, and attempted to seize it from underneath. It was only when he decided that there was nothing for it but to tip the bowl over and empty the contents that I intervened.

The photographs are a bit blurry as he was in motion for most of the time. I think they convey the events, however. As you may perceive, the wonder of the world astonishes not just human children, but cat-children as well. 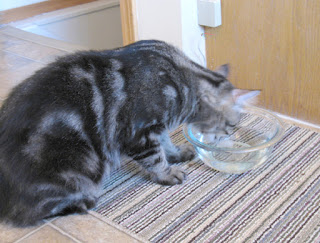 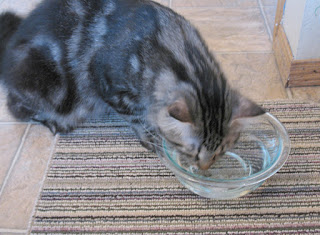 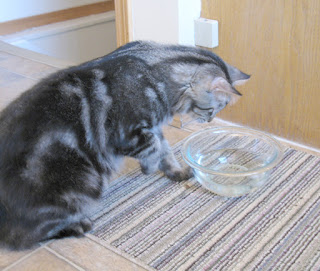 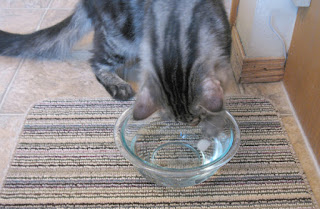 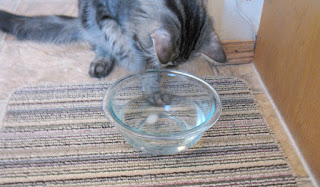 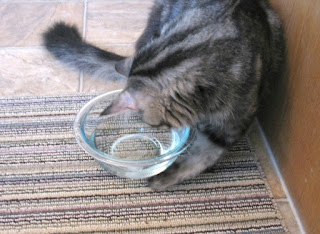 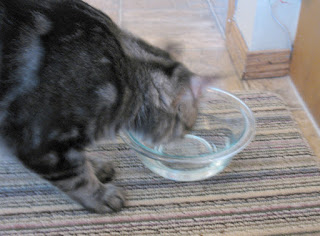 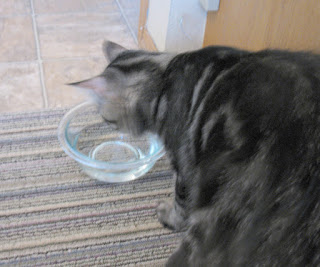 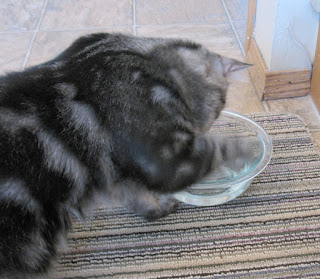