Now that the Felons have gone to their new home, I have time to reflect on their residence with me. I can write that they taught me a great deal, about kittens in particular, and cats in general.

I have learned that kittens should always come in pairs, at the least. They really aren’t twice as much trouble as a single, and the advantages over just one kitten are many. First and foremost, two kittens are company for one another. When the human is absent, or even when he is present, the two youngsters play, wrestle and sleep together. They encourage each other to eat, and to use the litter-box. They learn from each other: Oleo taught Bisto some things about where to wet, and Bisto showed his brother how to descend steps. As important as anything else, two kittens provide strength and bravery to each other, which is not a little thing when the whole world is new. I couldn’t have counted how many times one of the Felons looked for the other when in a new room or situation.

Watching the babies grow, I learned about the development of cats, how mine became the familiar creatures I see every day. I observed the kittens build hunting and survival skills from play, skills instinctive within each cat but latent until brought out in relationships with others, which is another illustration of why two kittens are better than one. I saw the jerky little movements of babies become the more confident strides of toddlers - and then the over-confident rushes of children.

I know first-hand the importance to kittens of physical contact with humans, giving them the chance to grow accustomed to handling, petting, stroking, holding, and even claw-cutting. Allowing them a variety of foods makes them less picky at a later period of their lives - though this is soon superseded by the period in which pickiness becomes a simple and pervasive species trait. Strong interaction with humans early on can also discipline a kitten, or at least get him used to the human trying to impart it. Biting was common to both Oleo and Bisto after they passed a certain age. Though it may have to do with teething, they nonetheless now know the word “no”. That’s useful knowledge when it comes to deciding what commands to ignore.

And then there is the fact that I realise now that I can raise kittens. Not every little one will be as easy as Oleo and Bisto were on me, but those two survived my inexperience, and others may profit by it. I hope the Felons, if they could speak - and if they cared about such things - would say that I made their lives better and stronger. I know I can say that about their effect on me. 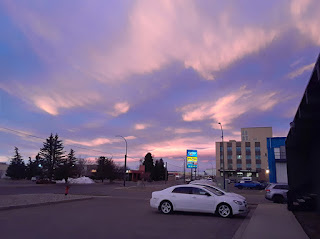