One of the things I’ve learned about kittens is that once they reach a certain age, they think themselves invincible. I believe most species’ youngsters think that; human children do. But kittens appear to be the worst offenders in this regard.

Oleo and Bisto have strength, agility, suppleness, light-weight and curiosity; these ingredients comprise a recipe for hair-raising stunts that I can barely look at. What’s more, when they fail, and fall, they are not only unhurt, but unfazed. They are back doing what they couldn’t do seconds before. I’ve seen the Felons throw themselves from great heights, hit wooden chair legs with their chests; fall from five feet up, striking half a dozen objects on the way down, and waste just enough time to change direction before starting up again; they’ve run under furniture to the accompaniment of the grisly bonking sounds of tiny skulls against metal.

Making matters worse is that the kittens are entering upon a gangly, gawky stage in which much of the coordination they think they have is an illusion. And yet it still doesn’t matter to them. It’s not so much that they know no fear as they don’t think they should fear anything they do.

I think they are leaving me at just the right time: I couldn’t stand watching them try to set the apartment on fire - and then play in it. 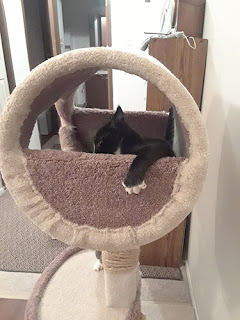 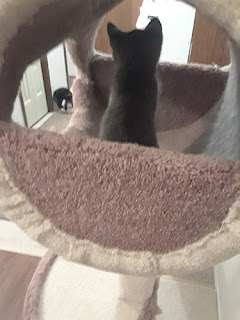 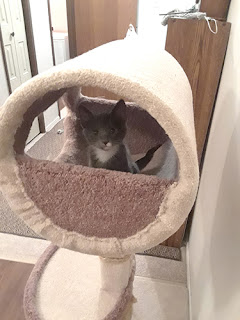