Chapter 1317, in Which the Felons Try to Kill Me

Readers may remember the excitement generated in the Cosy Apartment when, in late September, I purchased a new heated mattress pad. They may also recall that the pad has ten settings, the lowest of which is adequate for my comfort on cold nights, though when I had the chills a couple of weeks ago, setting number two was required, though not for long.

Keep this in mind, then, when I relate how, while sleeping peacefully during the weekend, I woke with a start in the darkest of hours. I was suffocating. It was as if I had been rolled in a great swath of hot, damp cotton, and locked in a trunk. I struggled to consciousness, and found myself awash in exuded perspiration.

Breathing like a man newly breaching the surface of a drowning sea, I pulled myself into a sitting position and turned on the nightstand lamp. The mattress felt as if it were being swallowed in a spate of lava. I looked at the mattress-pad controller and saw that it had been set to ‘five’. Earlier in the night, I had turned the pad on and, not having adjusted the setting priorly, assumed it was at ‘one’, at which I habitually leave it.

Recovering my breath, I had to dry myself with a towel, as though I had stepped seconds before from the shower. The sheets were soaked, and had to be changed. How could the mattress-pad have reached such dangerous temperatures?

Then, I remembered Oleo and Bisto - in particular, the former - had jumped from the bed onto the nightstand, and had rummaged about like a bargain-hunter at a flea market. He had clearly disarranged my mattress-pad controller - to be generous, I will write that it was inadvertent - knocking the dial up to setting ‘five’, which is labelled ‘Pompeii’. It could have been worse: the highest setting is labelled ‘The crematorium called; they’re upset at the competition’.

If there was a consolation to this episode, it was that I was so exhausted by my efforts to revive myself that I slept deeply afterward. After making sure the Felons were locked away in the library. 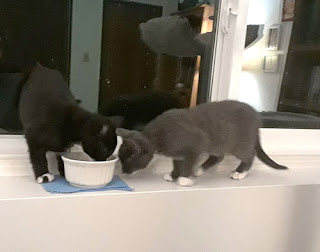 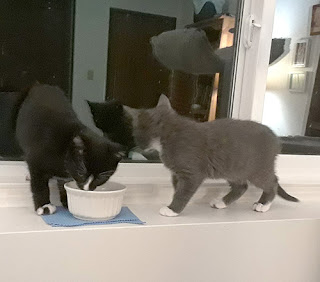