The results of Renn’s medical tests came back on Monday, but, while certainly not less important than the trapping of the feral kittens, they were less immediate. They are not very bad results, but neither are they cheerful. My big boy is feeling the effects of age faster than he should.

His kidneys are degenerating. They are not suffering more than a cat’s usually do as he grows older; they are on the border of stage two kidney disease. Renn’s doctor is “not terribly worried” about the situation. I am not, either, just sad that my dependable fellow is going to be more dependent himself from now on.

The kidney issues are added to his dental problems - which, admittedly, will be diminished tremendously, if temporarily - soon, his arthritis and a possible case of asthma. The latter will be examined more closely when Renn goes for his dental; the doctor condoned my decision to have Renn’s lungs x-rayed at that time.

There are greater problems that could afflict a cat. Renn may have another decade ahead of him, after all. I feel sad at all his problems, rather then feel that they represent a tragic turn in his life. Except for the spectre of asthma, he is encountering nothing that most cats come up against in their later years. I simply feel that at barely fourteen, he is still too young to have them thrust at him, especially all at once. He sleeps more than previously; he leaps on to the bottom step of a staircase, rather than up to the bed in one bound; he coughs frequently. But he is still eating (as much as his slender appetite has ever demanded), playing (albeit more statically than once had been the case), and enjoying his chest-rubs. He is the first to lie at my side at bed-time, and still loves the tub being filled with water for my baths. Short of breath and achy he may be from time to time. But he is still my big boy. Just older. 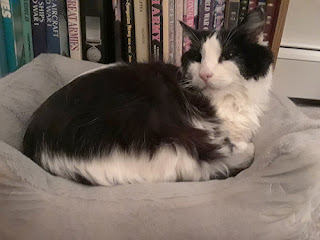 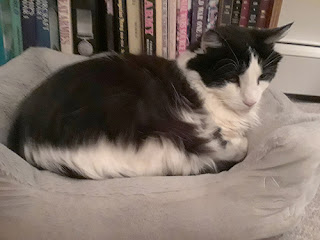 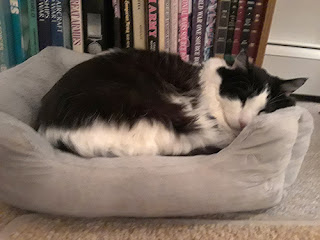