A New Plan for Neville

There is an interesting development in Neville’s campaign against diabetes. The Eastside Cats reminded me that Tucker had undergone an experiment with a blood-glucose sensor that was implanted in his skin; the blood-sugar amounts were then read electronically by a monitor that could be passed over the sensor as frequently as every quarter-hour. I had found that device extremely efficacious. The Eastside cats wondered if the same device could be used for Neville.

Neville is my foster-cat, not strictly a perma-cat, and so goes to a different veterinary than do my other beasts. But I inquired of that veterinary about the senor. She said that one could be arranged. The Nevsky has an appointment with the doctor to fit the implant on Friday. 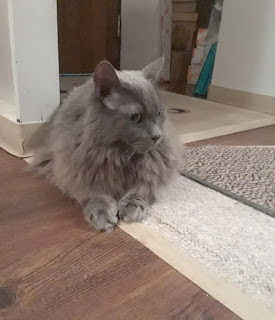 There is some confusion over the matter, possibly occasioned by different terms used for the sensor (which is placed in the skin) and the monitor (which reads the numbers). I was told originally that the monitor could be rented from any pharmacy. As I had discovered when Tucker underwent the experiment, this was not the case then, and nor is it now. Then, I was told by a veterinary technician that I would have to buy the monitor. This was followed by a telephone call (which I could not take but was recorded) explaining that I could borrow the veterinary hospital’s monitor. It was also stated that there is a way of using a smart-phone to read the numbers. This last would be most useful but probably involves downloading an application. As well, the hospital’s monitor won’t be available for a couple of weeks; if so, then I may need to re-schedule the Former Thin Man’s appointment, as there is no sense in implanting the sensor if the monitor will be unavailable for a week thereafter.

All of this will be cleared up, I hope, by a telephone call tomorrow.

The important thing is that, sooner or later, I may have a means, albeit temporarily, of reading Neville’s blood-sugar without subjecting him to eight or nine ear-pokes for a curve. This is significant, since I am discussing with his doctor the feasibility of changing the insulin used. It will be a great relief to Nev not to have to suffer pin-pricks every couple of hours for a day. He hates them, and I hate inflicting them.

I will keep readers apprised of developments. If this plan carries as I hope it will, 2021 will have a good start to it, at least for my Neville. 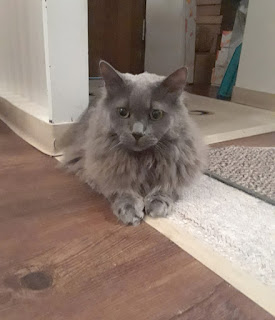