I haven’t seen either Sable or Arliss for weeks. Sable has a history of disappearing for long periods, but Arliss hasn’t done so, though I haven’t known him for a year, so he may have taken up with Sable and they are both roaming in other parts of town. I hope they are safe, and together.

The soft-food is eaten each night, but very late, too late for Sable or Arliss’s usual habits. I suspect it is Beaumont, whom I have seen around. He is a night-owl, if one may describe cats as such. Orlac the raccoon, who has not been by much lately, doesn’t care for soft-food.

But - and the Trout Towne Tabbies may want to cover their furry ears - my newest diners at Cafe Cosy have been arriving by air. I think they are starlings, and they love the hard-food I leave out (for cats, actually) and will empty a bowl in an afternoon. They come by in small flocks, hang about by the food’s shelter, have a nibble and fly away, only to return for more. I think they view the cafe as more of an open-house, a fashionable salon of the eighteenth century type, where friends may drop by, have refreshments and then leave. I hope their conversation, which they have continually, is of the proper standard.

They may steal my food, but the birds do provide entertainment for the cats. Their programme is just long enough: by the time they are finished feeding, the beasts inside are tired of their dancing and discussions. The diners may be insulted that they have an audience for their meals, but they can consider the perma-cats as the lower classes, watching them with envy. What the perma-cats think of that is probably best left untranslated. 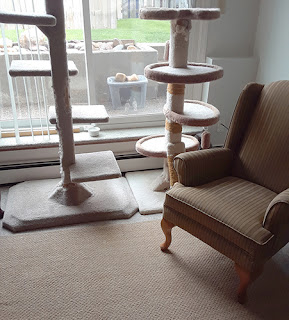 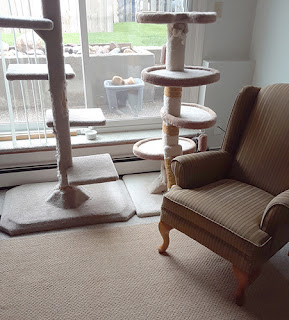 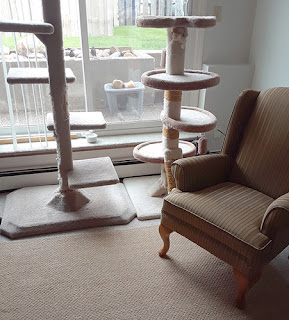 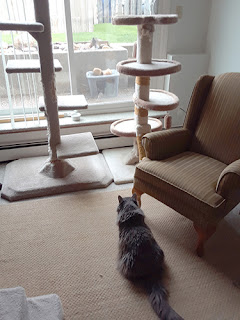 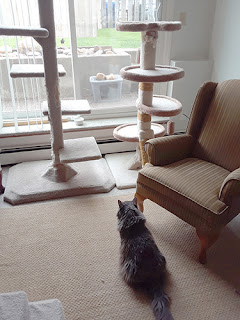 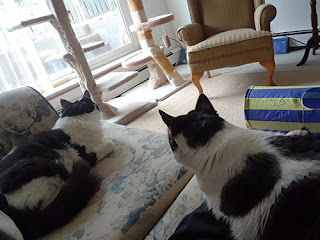