The boys are still wary of Portia. She will swat at them sometimes as they pass, but usually only if she is lying in her box. And if she rushes at them and they run, she will chase them, which accentuates the problem. But that problem is a minor one, and things are much better than I had thought they would be when Po first arrived. Even so, one afternoon I found the boys in the bedroom. 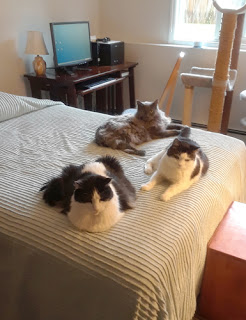 Where was their foster-sister? 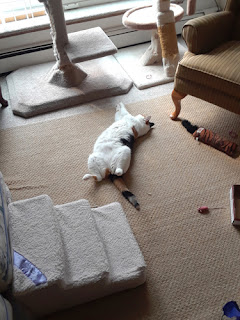 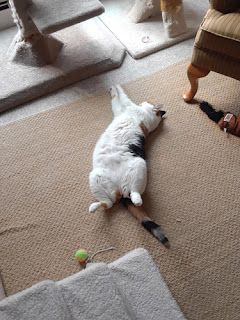 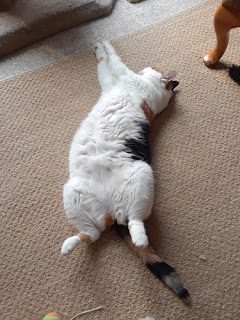 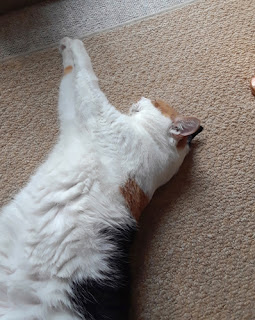