It was time once again to weigh the beasts at the Cosy Apartment. I try to weigh them more often than I do, but since I don’t have the scales, it isn’t always convenient. The results when I was able to gauge their poundage this week were interesting and unsatisfactory.

As may be seen, there are two pairs; one gained, one lost, and I don’t care for either direction. Both my oldest boys lost weight. For Renn, it is unusual. He has hovered about the same heft for a long time; his numbers in January and June were typical of most of his weights. He has lost a pound and a half since the beginning of the year, most of it in the last few months. Tucker, too, is missing something since January, though his loss has been more gradual.

The other pair have increased themselves rather substantially. Neville seems to have gathered in what Tucker has shed while Portia - poor Portia! - has added two pounds to her sides since coming to stay with me. Evidently, the living is good at the Cosy Apartment.

I am not pleased with any of these amounts. Tucker’s change is undoubtedly attributable to his kidney failure, which can cause decreased protein in the body and a loss of appetite. Renn’s diminished numbers are a bit troubling, since they are combined with periods of less eating. Of course, fifteen pounds is a decent weight for any cat, and not normally indicative of anything wrong. But Renn’s weight has been constant for a long time, so the abrupt dip is of concern. I won’t take him to the veterinary yet, but will weigh him again in a month and compare. At just fourteen years of age, he should not be suffering such a drastic change.

My two fatties are a little less worrisome to me, but nonetheless, something needs to be done about them. Both have hearty appetites, and these will have to be refused more frequently. Just last night, I declined Po’s request for a bed-time snack - it’s funny how her posture is so easy to read, even this early in our acquaintance - and she was more than a little miffed at my decision.

Managing food in a house of several cats is difficult. But I will try to arrange matters to the beasts’ advantage while trying not to cause them discomfort or stress. I may have to ask the same consideration from them. 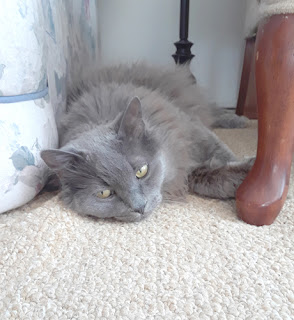 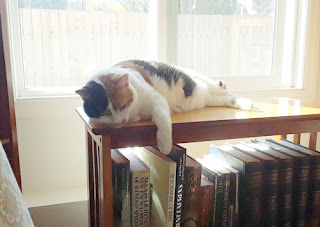 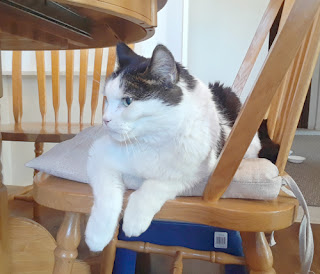 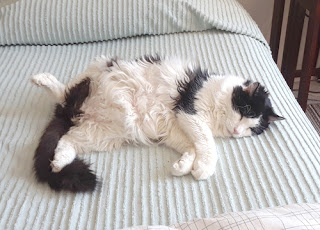