In pursuance of my duties toward the newsletter of the rescue-group to which I belong, I interview the adopters of the group’s rescued cats after the adoption has been finalised, and then write an article about the adoption. I had the pleasure to hear just yesterday how my recent roommate, Auric, is faring in his new home.

Though the golden boy left the Cosy Apartment a month ago, we like to make certain that cats are a good fit, that every issue – if there is any – is successfully resolved, and that all is well, before an adoption is completed. In Auric’s case, though, I was not in any doubt as to the outcome. He is a naturally friendly fellow, who wants to be pals with whichever human or cat he meets. This doesn’t mean he won’t form a special bond with particular people and animals – I suspect he has already happily given himself to permanence with his person and the resident feline – but Auric will give anyone a chance.

There was very little friction with O’dak, the nine month old Siamese cat in question. He and Auric were soon wrestling, chasing and grooming each other, and sleeping together. Auric seems to like leaping out at O’dak from their nylon tunnel, a favourite tactic he would practice here on Hector – and me.

I hope you enjoy these photographs, glimpses of Auric’s new life, as much as I do. 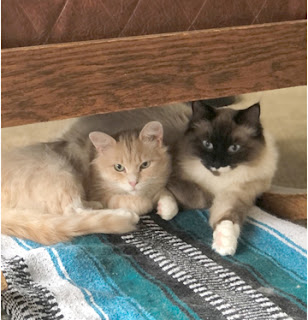 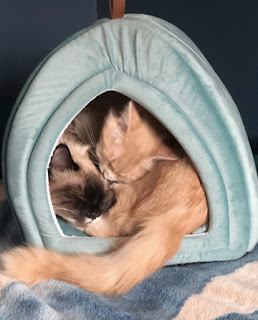 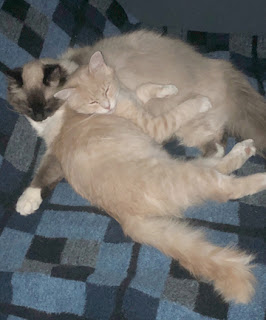 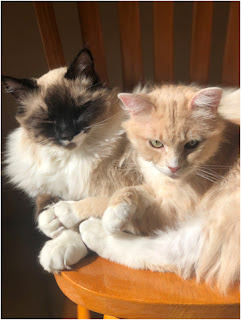