And Then What Happened?

Having explained the first part of the Surgical History Tour, I should finish the story with what happened next.

I survived the fasting which, looking back, appears to have been my biggest worry. Actually, the biggest worry was drinking water after the midnight before the operation. Drinking water is such an automatic thing when I am thirsty that it was difficult to refrain from doing it. I would remember not to drink, only to forget and have to remember again seconds later.

It was the cats’ fault! I am used to taking them for their dental procedures and other operations, which prohibit food – but not water - up to eight or nine hours before. Why can’t humans drink? It’s discrimination, I tell you!

Anyway, I arrived at the hospital at 8.30 a.m., was set up in a partitioned ‘room’ (there were only two other patients aside from me awaiting surgery at the time) and allowed to rest. I find hospitals very relaxing, perhaps because everything is done for me, and I don’t have to do anything. They hooked me up to intravenous fluids, to compensate for lack of water during the night (Tucker, the recipient of many doses of sub-cutaneous fluids, must’ve been snickering at that one), and put leggings on my calves that massaged my muscles and blood vessels; this was to keep me from getting blood clots through lack of movement.

I was retrieved for surgery at about 11.45. My identity was confirmed numerous times (initially, I had to bring photo i.d., in case I slipped in a substitute…) and I was repeatedly asked which side I was to be operated on; a nurse marked my left shoulder with a pen – which he then dropped… The anaesthetist explained that I would be knocked out by something given in my i.v., and then given the real anaesthetic to breathe. I would be intubated (unfortunately, we all know what that means these days), the centre-piece of which would be removed after I woke and it was confirmed that I could breathe on my own. I was apprehensive about this but the doctor said I would not remember any of it. He was right. I recalled nothing between seeing him adjust a switch on my i.v. and seeing a nurse come into my ‘room’ afterward. It was as if I blinked from one scene to the next. I had no reaction to the anaesthetic. Well, except for being unconscious for several hours.

I left the hospital at five o’clock, I think. A friend had attended to the cats in my absence and found them most cooperative. I nonetheless gave them more food before bed-time and, of course, scooped more crap from boxes. I slept well. I thought I would be hungry, but my appetite was not great, even after almost a day without food, which is a sure sign of my body being off kilter. I did eat, and realised that I needed the food, but I still wasn’t enthusiastic about it.

This morning, I was sore, and likely will be for some time. My appetite was back to normal, and I had a good, unrushed breakfast. My biggest challenge now will be not lifting anything over ten pounds, such as any of my cats. One doesn’t consider how unthinkingly one lifts heavy objects; if it feels heavy, we adjust our grip or simply carry it to where it needs to be faster than if it were light. This is where being wealthy and having servants would come in handy. All the hospital gave me were pain-killers.

It was quite an adventure, and I must admit that it was not bad at all. I was very lucky, of course, in having to undergo something that was not life-threatening, either in cause or remedy. My surgeon did write in his report that it was a “challenge”, and because of that I could expect bruising and swelling. I am not sure what this involved; possibly kicking and punching. I will learn more when I speak to him in the ‘follow-up’.

Now come the two weeks’ disability leave, the best part of the entire process. This will be like a prologue to my holidays, but without bicycling. But at least I’ll have more time to spend with these this lot. 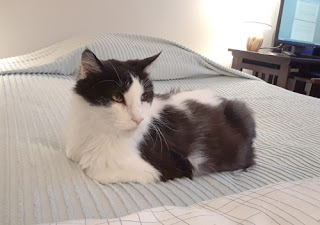 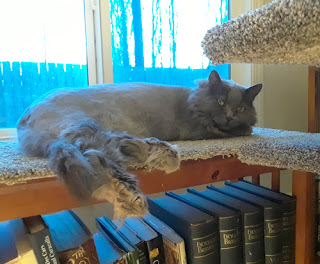 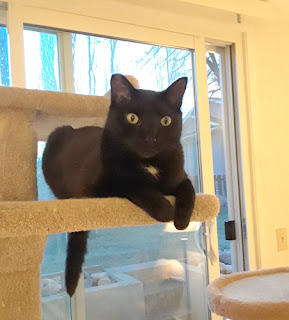 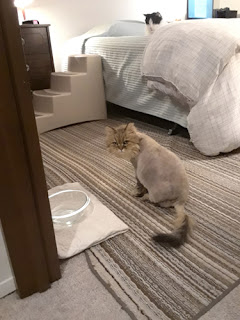