Memory, Be My Friend

Memory is a funny thing. It is rather different than memories, plural. The former helps us recall the latter. It is not for nothing that Lord Tweedsmuir, one of our governors-general, better known as the author John Buchan, titled his memoirs Memory Hold-the-Door. The capacity to recollect actions, images, smells, sounds, feelings, is a great and powerful force, and serves emotion much more often, it seems, than it does reason.

Memory contorts time; it compresses and extends it, like what scientists theorise a black hole does. What was yesterday becomes last week, and what occurred a year ago happened just now.

I have been thinking of my late friend Tungsten quite a bit lately. It hasn’t been even five months since she died, yet in some instances, it feels as if she just turned the corner of the corridor and passed out of my sight. Other times, she seems to have been gone half my life. 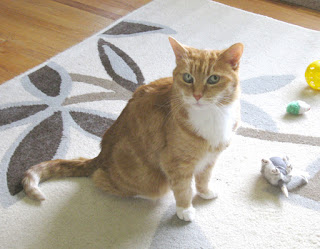 I don’t think about her all the time. That is memory’s way; we live our lives and do what we do to get through our days. Sometimes those days are exciting and rich, sometimes they are boring and tiresome. But memory usually keeps us from dwelling on the past, whether it is happy or sad. Tungsten comes back to me therefore now and then, here and there. 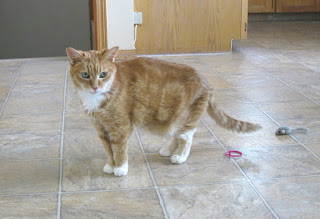 I was making some toast last night, as is a habit, to keep my stomach from growling when I go to bed. Tungsten would see me preparing my snack and come over and join me. Latterly, she would be in her cat-bed, notice my activity, step down to the floor, stretch and walk over. She walked not hesitantly, as if hoping for a piece of toast; not hurriedly, as if she had to arrive before it was eaten, but matter-of-factly. “Oh, it’s toast-time, is it? Splendid. I am a bit peckish.” She would sit a few feet away from me and give a great meow, a yell, really. She could hurt your ears with the strength of her voice. Surprising, coming from one so minute. That would get my attention. Then she would speak the tiniest of cries, pitiful, suppliant. She didn’t fool me. She wasn’t begging. She was reminding. She would get her little bit of buttered toast. When she was healthy, or relatively so, she would then lie on my lap. In the months before her death, she would get down and stroll back to her bed. Either way, she had her treat. 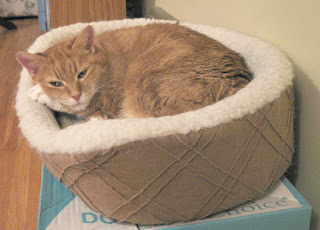 That recollection came back strongly last night, but there have been others over the days. How Tungsten would sometimes prefer to crawl onto my shoulders instead of being held. She would lie there and push her head against my face; the only time she would give me head-bumps. I would boost her up, with my hand under her bum, rather than have her claws find a hold in my skin.

Then I think of the only times that Tungsten showed fear, which was when she had to go to the veterinary. She would press as close as she could against me, actually curving her little body around my abdomen as I stood at the examining table with her. Her faith that I could protect her against anything was deep, if ultimately misplaced. 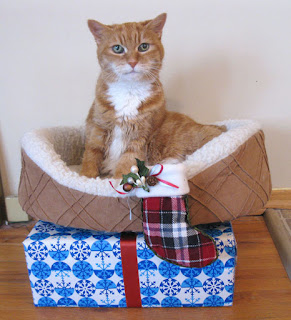 When I go to bed at night, I recall Tungsten sleeping literally in my hand, curling herself up. If she thought I was moving my hand away from her, she would seize it in one of her paws and keep hold of it, even while she slept.

The orange one would follow me at times, into one room, then into another, and then a third. But her pace was usually so sedate that I would come out of the first room as she was still coming in. Then I would leave the second as she was entering that one. In each case, she would simply turn around, untroubled. 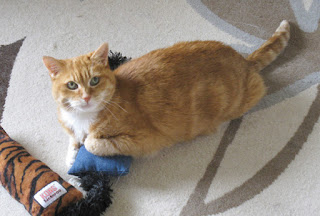 Lastly, a memory occasioned not by touch or sight or sound, but by smell: the scent of Tungsten’s fur. It was always very clean and smelled not of any shampoo, yet as though it was always freshly washed. I had remarked on that fact more than once to people during the tiny terror’s lifetime, and marvelled at how spit alone could keep a coat so clean. I hastened to assure people to whom I related this that I, myself, used soap and hot water.

So memory teases us with the presence of those who are absent. Usually, we give no permission for these images and sights, these noises and calls from our past; they come regardless. The door that memory opens and shuts rarely has a lock, and if it does, it is not we who keep the key. All we can do is hope that those who enter through the door come as friends. 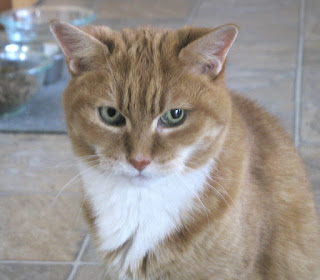