Just last month, I wrote about how Renn has a habit of lying across soft objects, such as slippers and plush cat-toys. He has done that since he first came to live with me. Here is another of his habits, the origin of my nicknaming him ‘the scientist’.

He loves to study water. I noted in November of 2010 that Renn (or “Ren”, as his name was spelled then) had, when he first came to live with me, been fascinated by water running in the bathroom sink, and by drops chasing each other down the tub’s wall after a shower. These general observations did not last; instead, Renn decided to specialise in water-bowls. This is my big boy ten years ago.

He continues to watch water-bowls. Either I haven’t been paying attention to such actions, or he had abandoned this one and returned to it recently. In any case, he periodically experiments by dipping his paw into the water, creating ripples, as he used to do in the past. His concentration when studying is intense. 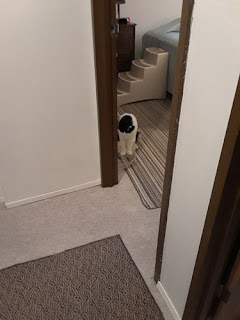 I wish he could publish his findings in this matter. I think they would be as amazing as he finds his subject. Alas, my scientist seems still to be conducting his research. 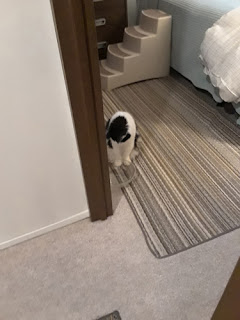 After more than a decade of inquiries, Renn appears not to have come to any conclusions. He may be someone who finds the study more enjoyable than the discovery; for him, the journey is the thing, not the destination. 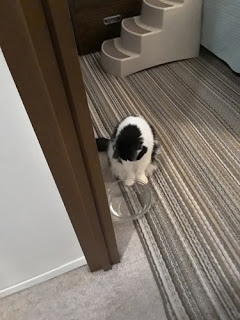 Until he and I meet one day where our understanding of each other will be better than it is now – and it’s pretty good at present – I will have to be content with admiring his fortitude and patience. Those qualities alone, after ten years, should be worth some consideration by the Nobel Prize committee.