To the Victrix, the Spoils

My foster-cat, Portia, likes to play now and then. She isn’t the sort to chase things - her girth testifies to that – but she is active to a degree. She enjoys playing by herself for a few minutes at a time, batting about fuzzy mice and wrestling with the rings off plastic milk jugs.

When I play with her, it is usually with a string-toy. I have other toys, but they don’t arouse any interest in her. The string-toys are two in number. One is a simple shoe-lace. She seems to like it, and will grab it, pull on it and hold it under her paw, daring it to try to get away. 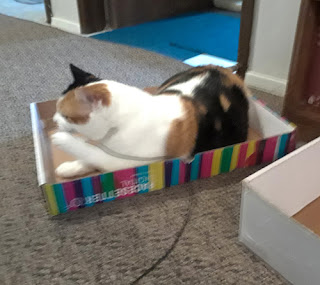 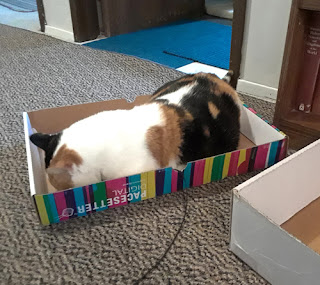 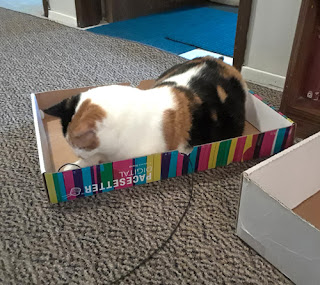 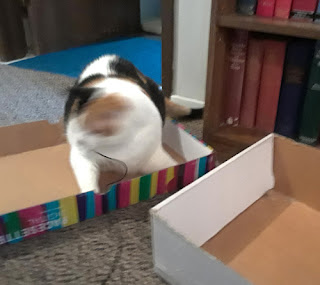 The second string-toy with which chubby Po plays is a fake bug attached to a string on a stick. This one angers her; I don’t know why. She will fight it eagerly enough, but will very quickly become annoyed, even infuriated, growling and hissing at it and its attempts at combat. 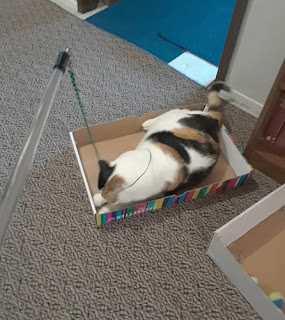 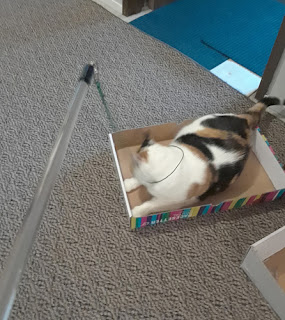 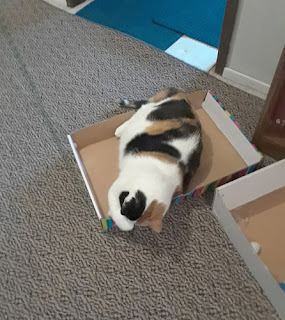 It’s as if she respects the shoe-lace as an opponent, someone who adheres to the rules of the game. The string-toy is another matter, a scoundrel who cheats, certainly no gentleman. Or maybe it just smells funny.

But no matter the toy, after the fun palls, after the games grow repetitive, Portia considers herself sated, and turns to relaxation. After all, if one battles successfully against one’s opponents, one has the right to enjoy the fruits of one’s victory. 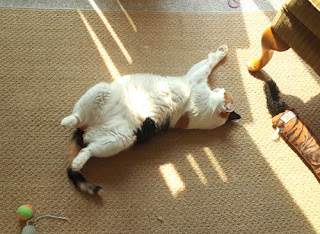