Let me first thank all those who expressed concern for my big boy, Renn, during his recent illness, and relief that that illness was short-lived. He is doing well. He is one of the reasons why returning to a home with five cats is always an interesting proposition. The newest resident is also a reason.

Yesterday, I came home and saw something round and strange on the floor some feet in front of the door. It took a moment to identify it. It was the rubber stopper from the bathtub. I do not keep the rubber stopper from the bathtub in the hall. I didn’t think Neville was to blame for its dislocation, so he was safe in looking innocent in the background. 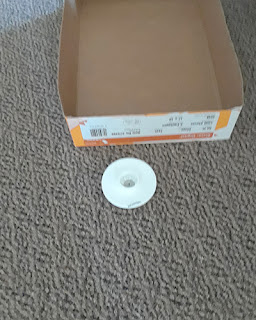 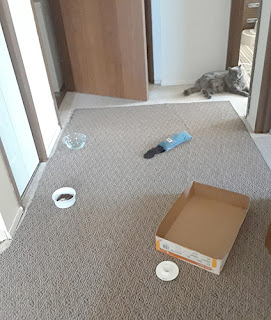 I returned the stopper to the bathroom, where I found the door-stop knocked out of place, the door half-closed and the toilet plunger pulled from its usual spot and tipped over. 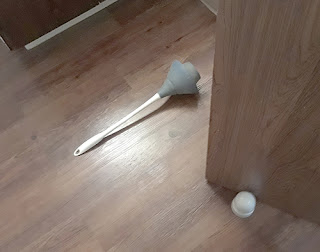 I eventually had time to hang up my coat, underneath which I saw that the small bale of straw I intend to use in an outsider-cat shelter had been ripped open and some of the straw strewn about. A coil of sisal rope I have for repairing cat-trees was also undone. 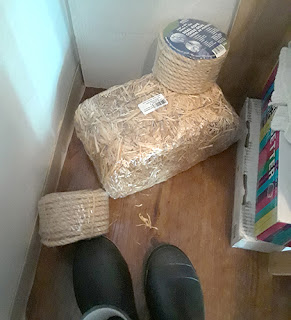 Is it any wonder that the guilty party needed a bit of a snooze after dinner? Nor is it a surprise that, after spending most of his first year outside, trying just to survive, he is at last able to be a kitten. “Cry ‘Havoc!’, and let slip the cats of war.” 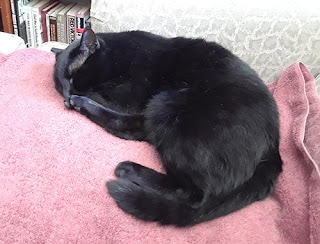