His Name Was Tucker

Tucker’s ashes came to me this week, and his place has been prepared.

With each of the others who have died, there was one picture that I had in mind for the memorial. Usually it was an image taken by a professional photographer, in most cases for the cats’ page in the PAW Society calendar. Though Tucker too had his photo session for that purpose, I chose not to use one of those photos.

Strangely, the professionally produced images are more typically Tucker than the one I selected. I prefer those which show a typical aspect of the cat, as it presents him or her ‘in general’, as it were. But this time, I chose one that demonstrated a particular feature, rather than a general one.

I sometimes called Tucker the baby of the family. He was not the youngest of the First Four - that is Renn – but, with his chubby-cheeked face - chubby until recently - and his roly poly fatness, he gave the impression of being the child. He also needed more care through the years, and certainly could never have looked after himself, if required. So I chose what I think of as the Tuxter’s ‘baby picture’ for framing.

There is a void in my world now, where Tucker had been. New routines will develop to cover that void, but they will never completely fill it. Only Tucker could do that.

He was my friend. His name was Tucker, and I will remember him. 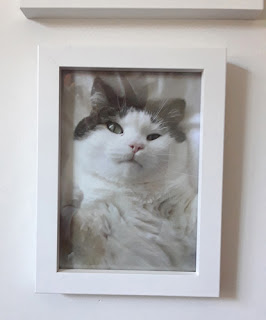 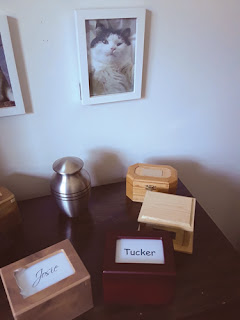 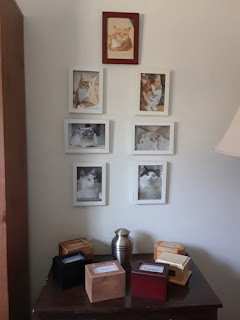