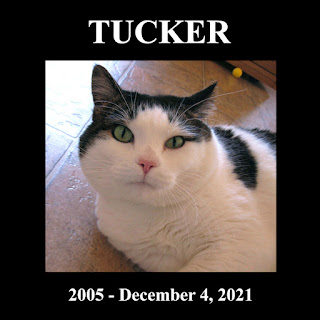 My roly poly sausage had to fight a tough war through most of his life. He suffered a severe urinary blockage that nearly killed him; he had to have all his teeth removed; he was diabetic, and had failing kidneys, possibly pancreatitis. He beat them all; his enemies had to bring up the big guns of cancer to defeat him. But though he was at last driven from the field of battle, I can’t help thinking, even now, that my Tucker was, nonetheless, victorious.