A Good Record for a Hundred

Minuet continues to wet periodically outside the litter-box. It is occurring rarely. This second bout of her problem began when she went to the veterinary regarding her abscess. I believe that the litter-box problem was due to the stress of the hospital visit. I therefore bought amounts of Cat-attract cat-litter, which solved the issue the first time, when she initially came to live with me. I think it worked again, but created a secondary cause for the same problem.

The Cat-attract works well. It appeals to cats who have a wetting problem, and those who don’t. I have three who don’t. They use the boxes in the library that have been liberally dosed with Cat-attract. This leads to large amounts of waste in the litter. The most recent instances of Minuet wetting outside the box have occurred when the boxes were what could be called ‘loaded’. Certainly they may have seemed so to a hygienically-minded feline such as Madame. 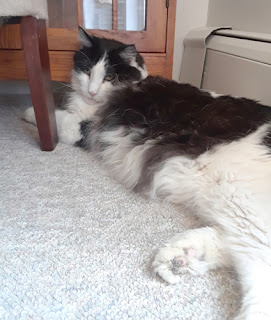 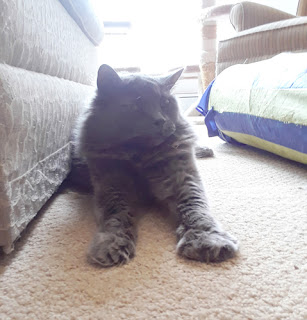 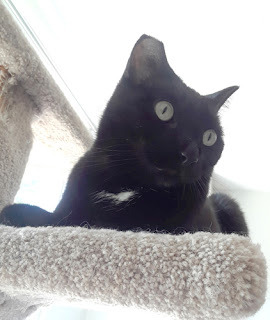 I tried closing the door to the library while I was at work, but in that case, Minuet wet outside the box, near the threshold, which is a difficult spot to cover with protective plastic. I think in this case, she was a bit anxious at the door being shut.

While I think the Cat-attract worked again, I also think it is no longer necessary. I believe Min will use the boxes stocked with regular litter as long as she feels it is clean enough to do so. But with access to the library open, the boys will also use the boxes there, which may cause Minuet to wet outside. If I close the door, Min may wet outside, on a part of the floor the carpet of which is imperfectly protected. This is my dilemma.

My solution is to leave the door to the library open and allow the boys to use the boxes there as they wish. If Minuet feels she cannot use them at any time, what part of the floor isn’t covered with vinyl will be covered with soaker-pads. As the regular litter succeeds exclusive use of Cat-attract, I hope the boys will revert to utilizing all of the boxes. I think this solution will cause the least anxiety for Minuet, and the least damage to the environment. 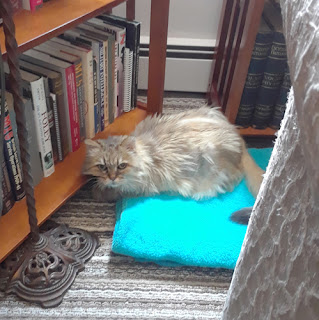 As with Renn’s situation, as detailed in a previous blog-entry, there is likely no ideal answer to the riddle. I aim for that which is most convenient and comfortable for the cats. Washing soaker pads or cleaning vinyl flooring is a bit of a bother, but there are greater tribulations. And, like the Meezer’s Mews’ Pipo, who put his front paws in the box and thought that was enough, there is little one can do when the cat believes it is getting it right. Madame still gets it right ninety per cent of the time; when I am a hundred years old, I will consider that an exceptionally good record.